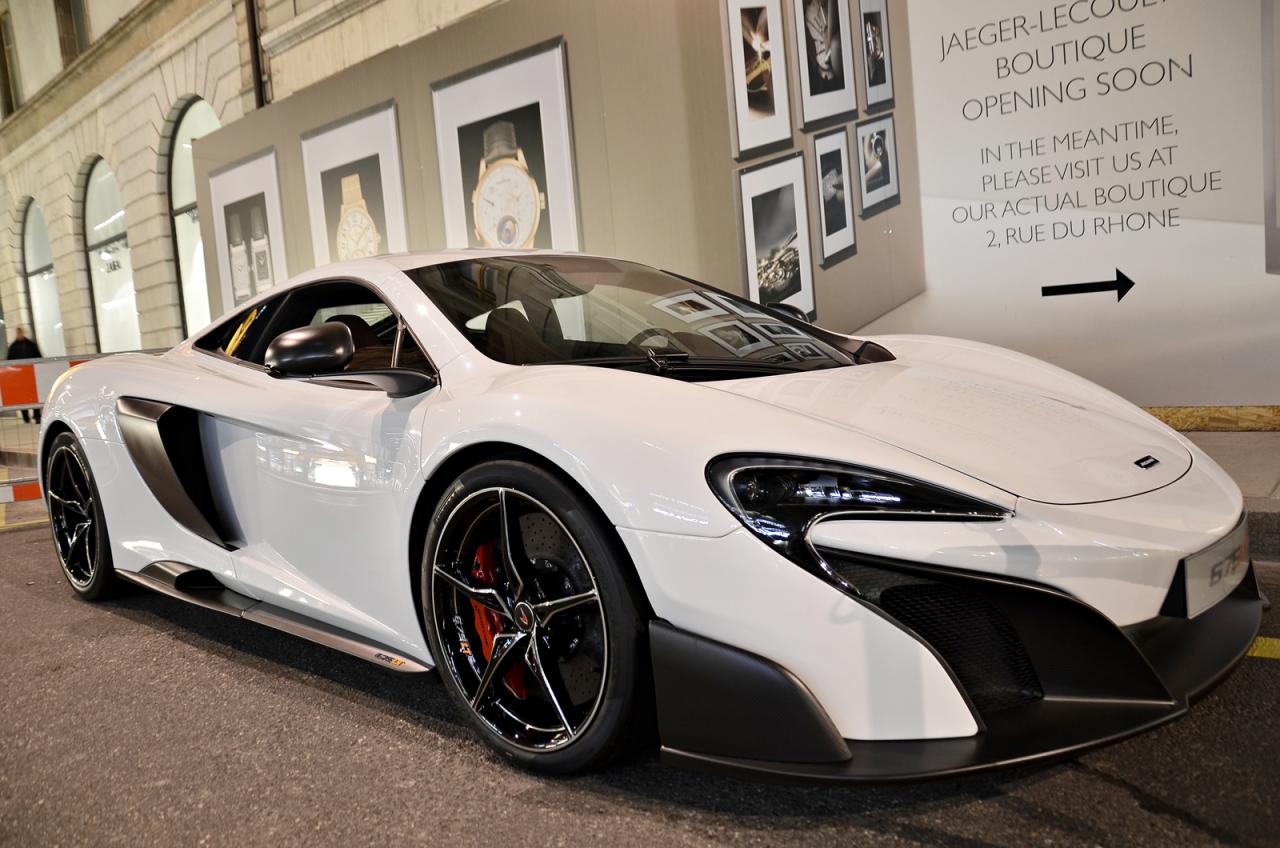 The McLaren 675LT is a special edition model seen for the first time at the Geneva Motor Show this year. These photos show the British supercar in the same city but on the streets rather than under the lights of the salon.

The new model is based on the McLaren 650S Coupe but these performance tweaks make it a tad faster. As its name suggests (Long Tail), the new model has a long tail body similar to the F1 GTR Long Tail model from 1997.

McLaren also fitted the car with a revised suspension, an improved electronic stability control system and a reworked seven-speed transmission.

You can add a titanium roll hoop with four-point harnesses and a fire extinguisher for extra 5,090, optional equipment that comes under the McLaren Club Sport kit name. The new McLaren 675LT will go on sale starting this summer, namely in July.