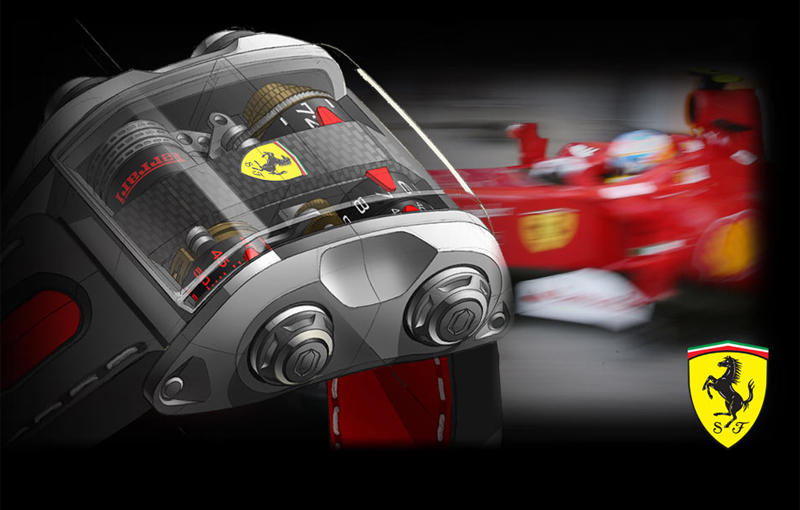 Scuderia Ferrari One is a watch that will be produced in limited series by the French watchmaker Cabestan. Each of the 60 copies will cost 300,000 euros. The French watchmaker Cabestan announced that will release an ultra-exclusive watch. It will bear the signature of French designer Jean-Francois Ruchonnet and will be produced in a limited series of 60 copies.

The official name of the watch is Scuderia Ferrari One by Cabestan, it is actually a hybrid design between the existing Cabestan Nostromo (105.000 euros) and Cabestan Winch Vertical Turbillon, both designed by the same Jean-Francois Ruchonnet.

Obviously, the clock bearing the Ferrari logo retains elements of the classic Italian brand, which is backed by an internal mechanism with turbillon and constructive elements exclusively produced and assembled by master watchmaker Eric Coudray. These factors make the mechanical clock built by Cabestan one of the most accurate in the world, with a maximum loss guaranteed plus/minus one second every 24 hours.