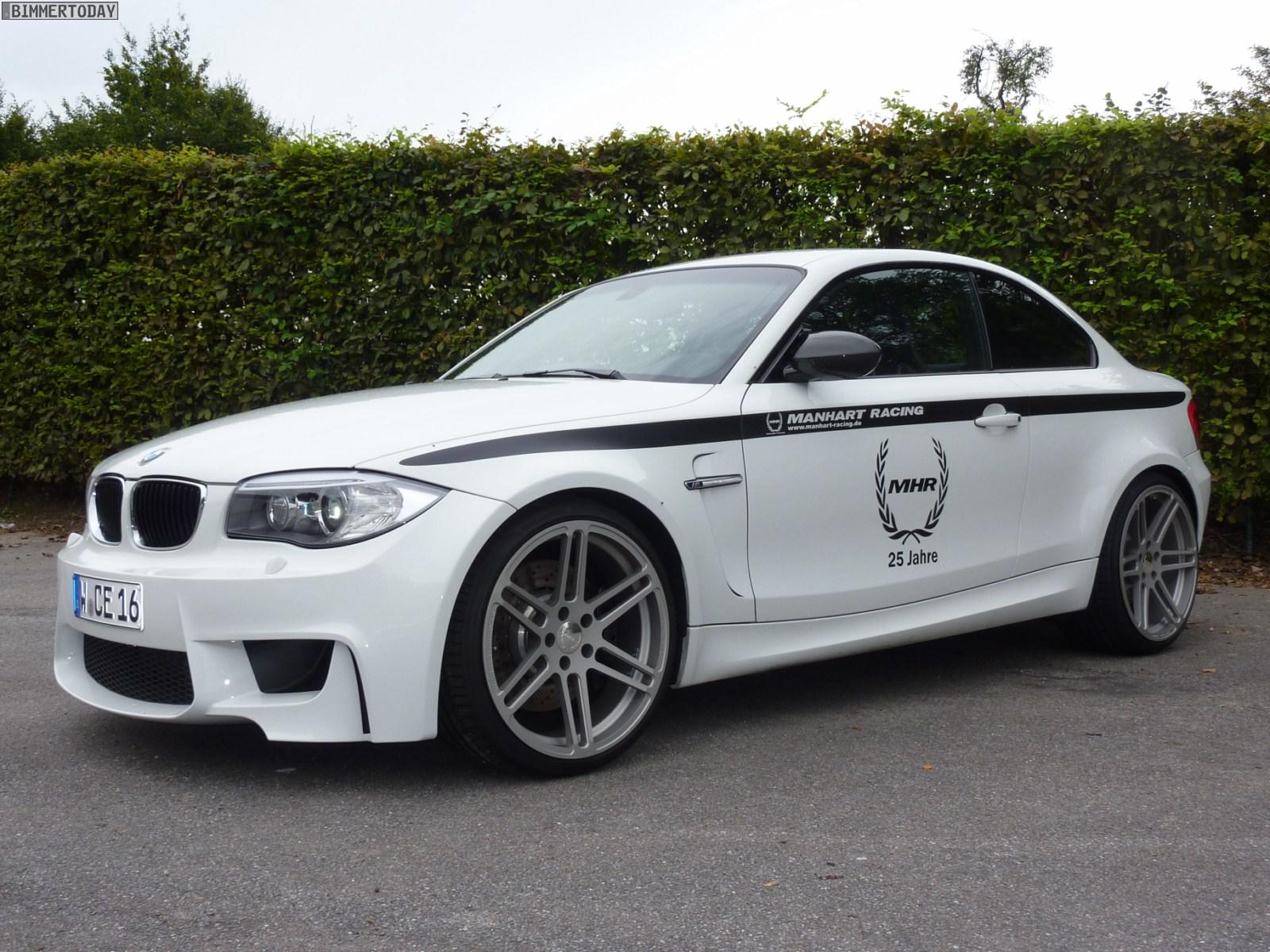 Just in case you weren’t very having enough to read and watch on the epic BMW 1 Series M Coupe so far, German tuner Manhart Racing is bringing you some more on it.

And by more, I mean a lot more, since the small coupe that was already powered on the verge of control is now updated to the point where it’s a total wet dream.

The already lovable engine in the BMW 1 Series M Coupe is still the same BMW Z4 sourced, twin-turbocharged 3.0 liter inline six cylinder engine got most of the serious changes.

These would amount to a revised ECU and a sport exhaust system and overall mean that the powerplant now develops 420 horsepower.

It’s the same power as in the bigger brother BMW M3, but while there’s a considerable lighter car to lug around, the performance levels are incredible.

In order to show people how your BMW 1 Series M Coupe has a Manhart Racing makeover it gets black graphics included in the design as well as new 20 inch alloy wheels.

Apart from that, everything on the BMW 1 Series M Coupe, stuff like the racing seats, the performance suspension kit and the profile of the tires were all lowered.