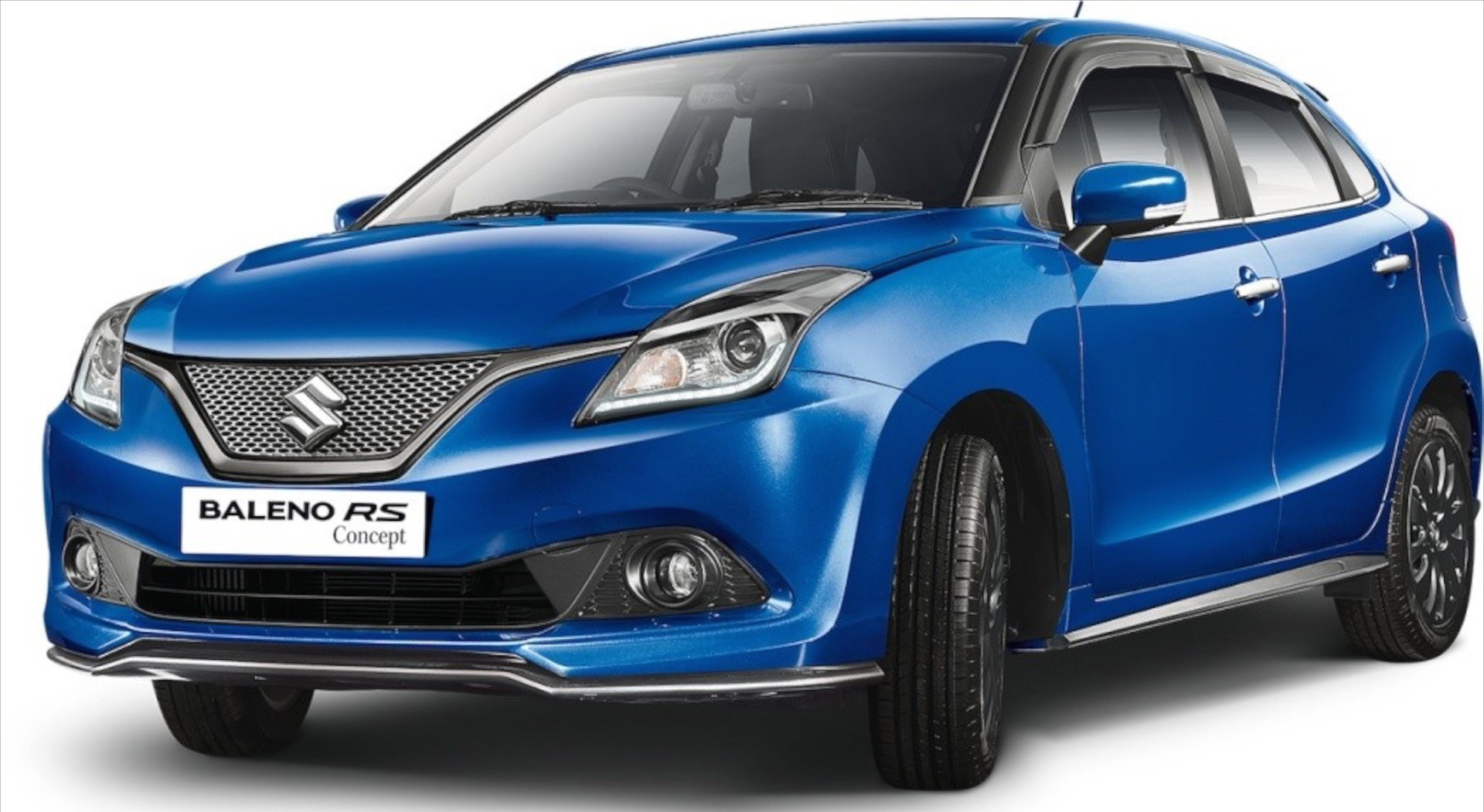 Maruti Suzuki Baleno RS Concept. Sounds complicated, but it’s not: it is a sportier-looking version of the Baleno and it’s no information about a potential production version.

The RS is built on the newest platform developed by Suzuki. It means it’s quite rigid and quiet, and if it has a differently tuned suspension, it could be even interesting to drive through the twisty roads. As we’ve seen in the recent road-tests, the Baleno’s stability suffers a little on high speed curves.

The aspect is fresh, with a front end that reminds me slightly of Alfa Romeo Giulietta. The ascending lines make it look dynamic, no matter the viewing angle. The front grille dives into the headlights and continue seamlessly with the side front panel’s lines. It’s colored in dark grey, like the front and side skirts’ and the wheels. However, the complicated rims’ design, looks in my opinion more like wheel caps than like alloy wheels. The interior reveals a sober atmosphere, not too appropriate for the sporty small vehicles, which should be more pointed to young costumers. The black leather upholstery, the lack of aluminum pedals, the multimedia system and the CVT gearbox (as an option, that’s true) make the RS look more like an Executive. It’s a curious thing, coming from an exceptionally sports bike manufacturer.

However, the engine is a different story. Its three cylinders manage to squeeze an exhilarating 112hp and 175Nm of torque, thanks to the direct injection and turbo. His name, BOOSTERJET, says exact what it does: it revs happily right after 2000rpm, up to 5500rpm. Though it’s small, it feels quick (being helped by the car’s under a tonne weight) and it’s far more adapted to the RS character than the concept’s interior.