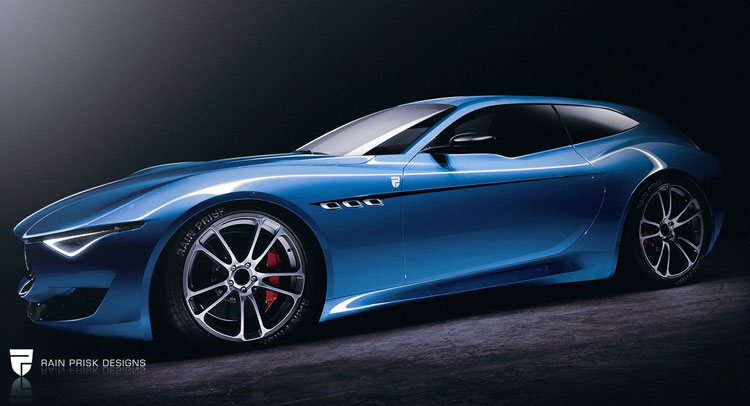 Even if the future of the Maserati Alfieri is a little bit uncertain at the moment, that didn’t stop rendering artists envisioning the hot model in different body styles.

And the rendering seen here below is a real stand-out, as it is showcasing the hot model wearing a shooting brake body style. Don’t expect to see such a version in the upcoming years, as it is just a pure fiction created by no other than Rain Prisk Designs.

The blue Alfieri Shooting Brake also comes with its own personality, thanks to the muscular wheel arches or longer roofline, which make the approach a little more aggressive. Again, there are no rumors that the carmaker would be planning such a model.

Maserati has recently postponed the launching of the Alfieri model, which was supposed to happen next year, the carmaker planning the car`s introduction somewhere in 2018. When it will come, rumors have it that it would borrow the general design cues of the Concept version, while under the hood, the model is also said to pack a 3.0-liter turbocharged V6 engine.