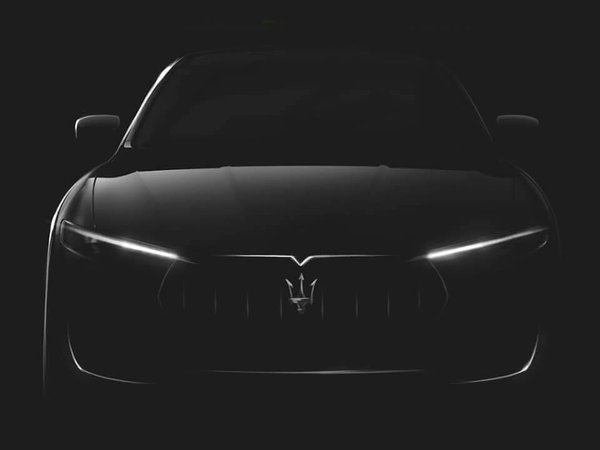 It’s a teaser, but is better than nothing. It’s even better than all the suppositions on the internet. At least, we have a real thing!

We expect it at Geneva, but nothing had been officially stated. What is 100% sure is that the teaser is authentic. Judging by the picture, it looks mean. It seems to say: ”move out of the way or else…”, with the front grille shaped like a mouth showing its clenched teeth. Neither the eyes look more friendly, with the frowned eyebrows slightly shaped by the LED daytime running lamps. The two side air intakes look big enough to cool the high-output engines.

Speaking of engines, the well-known V6 and V8 gasoline, together with the 3-liter diesel engine will animate the Italian SUV. The big, twin-turbo V8, developed with Ferrari will probably produce over 550 hp, while the most powerful diesel engine will be capable of way over 300 hp (considering its current power of 275 hp). An eight-speed automatic ZF transmission will send the power to all the wheels via the Q4 all-wheel drive system, already known from Ghibli and Quattroporte. There is no information about a six-speed manual transmission, and it is probably not to have one in the menu, since there are no manual gearboxes in the Maserati range.

We remind you that the Levante was announced by the Kubang concept four years ago, and it’s going to be a rival for the Porsche Cayenne and BMW X5.