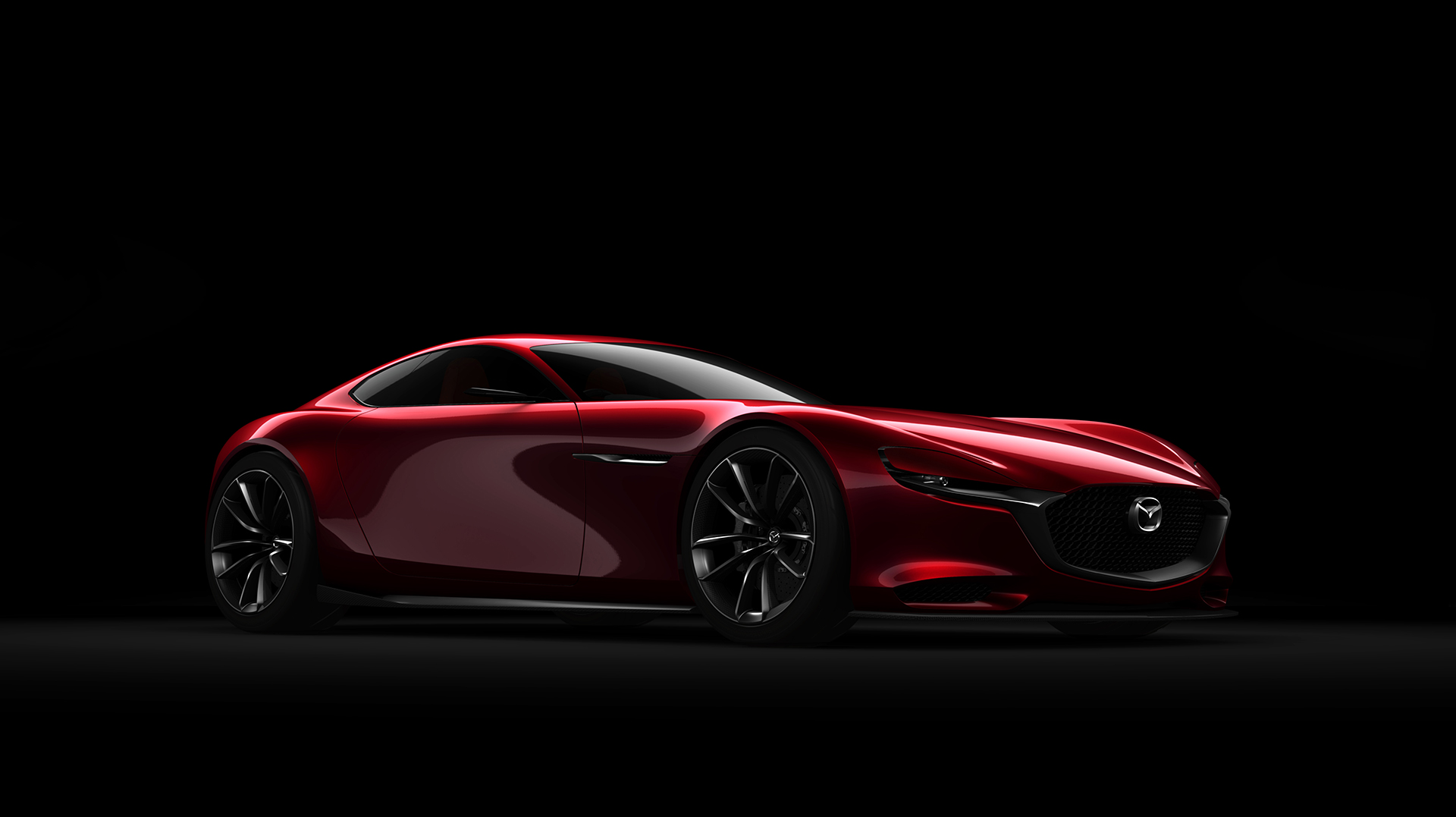 First, the beauty: it was unveiled at 2015 Tokyo Motor Show. RX-VISION is powered by a front SKYACTIV-R rotary engine and has a rear wheel-drive system. As we know, Mazda is an expert in producing rotary-engines. They started in 1967, with the Cosmo Sport 110S model and made it really successful in 1978, with RX-7. Between 1978 and 2002, they sold over 800.000 RX7! They continued to perfection the rotary engine and proved it’s remarkable potential in 1991, at 24 Hours of Le Mans. Back then, the Mazda 787B won the prestigious race, remaining the only car equipped with a rotary engine to achieve this performance.

Though today Mazda doesn’t fit rotary engines on the production cars, they never ceased to improve and test this engine line. They named the next generation of rotary-engines “SKYACTIVE-R”, and put it under RX VISION’s bonnet. Another important side of the concept is the design. It won the “Most Beautiful Concept Car of the Year” title at 31st edition of Festival Automobile International, in Paris, being designed in “KODO – Soul of Motion” style.

A second premiere is Mazda3 powered by the 1.5 liter SKYACTIVE-D. It is the most fuel-efficient Mazda model ever sold in Europe, with a combined fuel consumption of 3.8 l/100km and 99 g CO2/100km. The latest version of the engine comes with many advantages over the previous one: it’s more responsive, more linear and quieter, therefore is more fun to drive. It will be also available for Mazda CX-3.
Along the two premieres, we’ll admire the new Mazda MX-5, Mazda2, Mazda CX-3, Mazda6 and Mazda CX-5.

Tweet TweetStartups have completely changed the market dynamics. The effect of the small new companies...