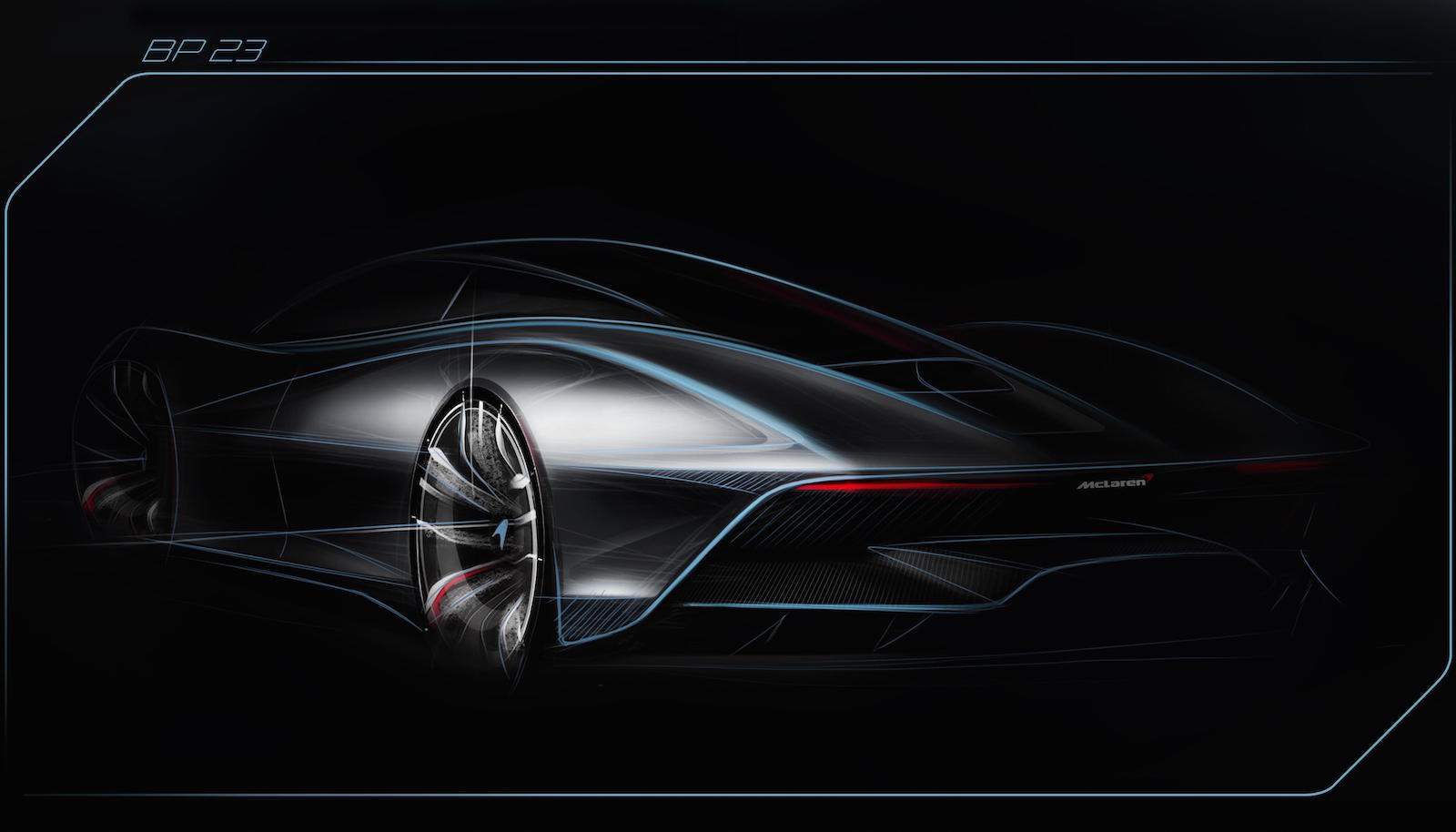 In case you haven’t watched McLaren`s latest news, the British carmaker is planning to introduce a spiritual successor of the F1 hypercar released back in the 1990s, and which will be called the “Hyper-GT BP23”.

This would be a highly-technologized hybrid car, standing on a completely new platform and equipped with a powerful powertrain under the hood. It will be also built entirely from carbon fiber components, being extremely lightweight and increasing its performance.

The McLaren Hyper-GT BP23 recently popped-up online in a new teaser image, revealing itself with extremely advanced aerodynamics and ultra-futuristic design, which previews “the most powerful and aerodynamic road-going McLaren” ever built.

Speaking about performance, the new Hyper-GT BP23 will be a highly-advanced supercar built in collaboration with McLaren Special Operations, also promising to become a “luxurious three-seat car with hybrid powertrain.”

Mike Flewett, McLaren CEO, has also declared in a recent interview that the model is going to come with a powerful powertrain:

“For us, it`s all about attributes. If we can get the performance, it doesn’t matter if it`s 12 or 10 or eight or six. We`re not wedded to cylinder count, but we are wedded very much to performance and excitement.”

From what he hinted at, the McLaren Hyper-GT BP23 will be using a high-performance battery and powerful electric motor, adding a new six-cylinder engine that the company and MSO are already working on right now.

Once it will emerge on the market sometime in 2019, the supercar will be built in a limited-run of just 106 units, with McLaren choosing its own customers. Each model will cost £2 million.