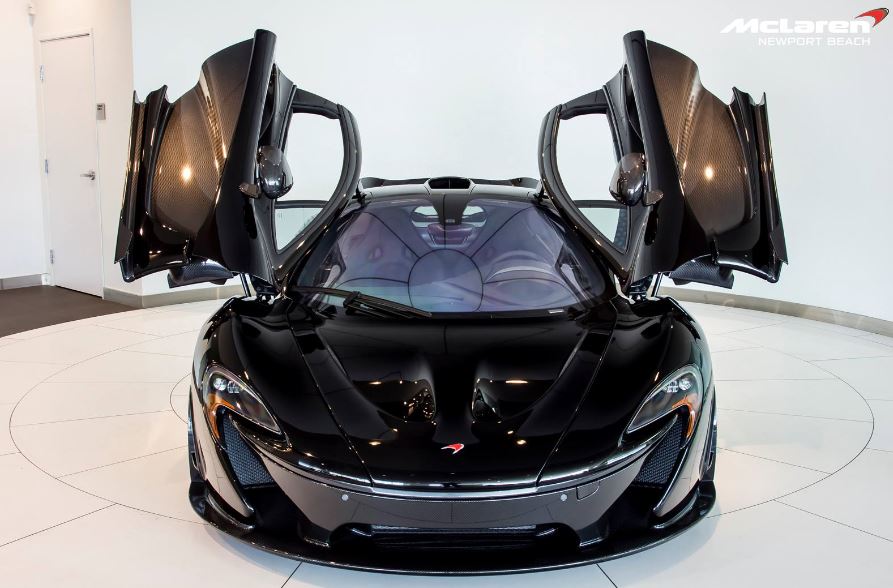 One of the most powerful super plug-in hybrids in the world, the McLaren P1, is ending up in our news again, with the one-off model wearing the Fire Black finish, while being shipped to McLaren Newport Beach.

As seen in the pictures with the McLaren P1 while having a photo session, the hypercar is also wearing a multitude of flakes, in color like green, orange, red, yellow and magenta, which can only be seen on the daylight.

In case you are the McLaren P1 fan type, then you head to McLaren Newport Beach and take it home. However, don’t expect it to come cheap, especially since the colorful flakes change its appearance depending on how bright is the light.

To be a reminder, the McLaren P1 was first introduced on the market in a couple of years ago, being officially unveiled at the 2013 Geneva Motor Show and being built in just 375 worldwide. The hypercar is the successor of the long gone F1, taking on other powerful plug-in hybrids like the Porsche 918 Spyder or the Ferrari LaFerrari.

Under the hood, the McLaren P1 is taking its power from a conventional 3.8-liter twin turbo V8 unit, which develops 727 horsepower and 719 Nm of torque, backed by an electric power producing an additional 176 horsepower and 260 Nm of torque. With an overall 903 horsepower and 978 Nm of torque, the hypercar is capable of sprinting from 0 to 100 km/h in just 2.8 seconds, at a top speed of 350 km/h.