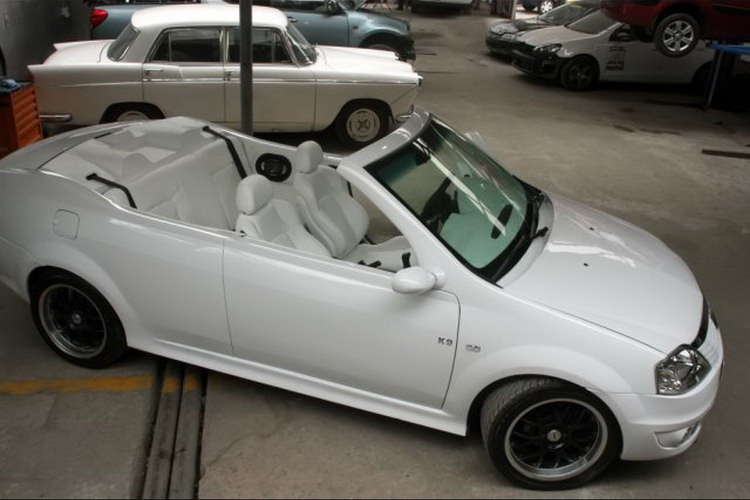 Bare with me, I know Dacia isn’t the sort of car maker that would make a leisure product as their goals focus on low cost vehicles but you should take a second look at this.

It’s the Dacia Logan, one of the company’s most successful products with tuning done by a Romanian firm called Auto K9 and that particular tuning involves chopping off the roof.

In actual fact there’s more to it than just chopping the roof off as the chaps over at Auto K9 had quite a lot of work to do.

First of all, there was the actual roof they needed to remove. Coming to terms with that raised another problem. Some structural rigidity was lost so in order to cut back on the chassis wobbling they did away with the rear doors and lengthened the front ones.

Another important aspect Auto K9 had to focus on with the convertible version of the Dacia Logan was creating a better interior. To this point there was the addition of a high end sound system, a remake of the front seats and to top it all off, there’s leather everywhere.

Another aspect of looking cool, even in a Dacia Logan Convertible, is having the right set of alloy wheels and a proper body kit. This has both of them mixed really nicely.

All in all it’s an interesting idea but I do think the fact that this car doesn’t have a roof of any sort will become wearisome after a while.