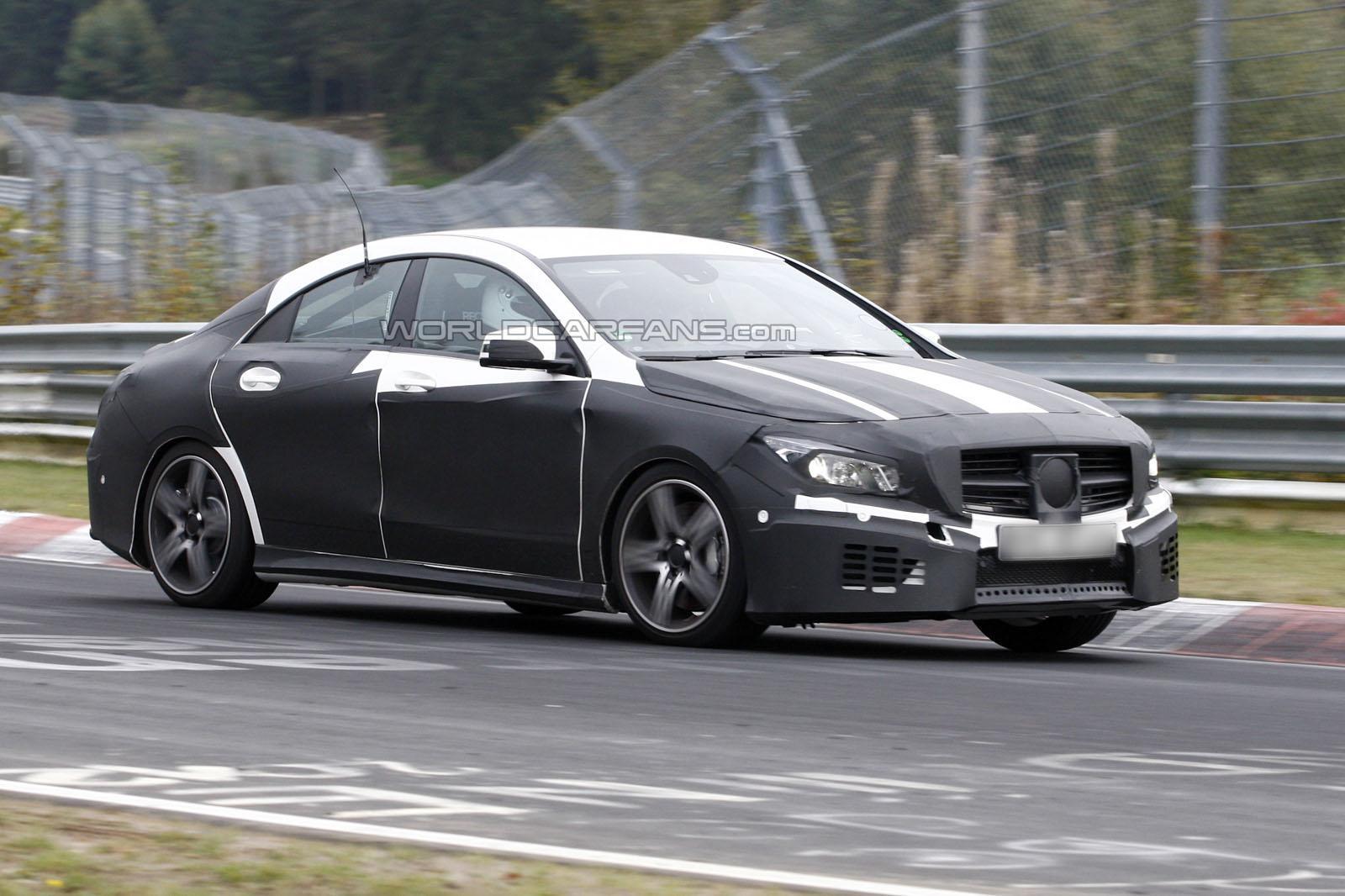 As a popular meme these days would say, the automotive industry is full of “crossbreeds, crossbreeds everywhere”.

Mercedes is certainly a case in point for this situation as they do a coupe estate, a small military vehicle and soon the CLA’s production version.

This small coupe sedan actually looks amazing and could be a very interesting machine but there’s something important about the Mercedes-ness of the entire thing.

It seems that the German giant is well under way with the development of the CLA since the AMG version has already been spied out in tests.

Very likely to be called the CLA 45 AMG, this will be where the compact gets crazy. I mean completely crazy.

Rumor has it that a 2.0 liter four-cylinder engine will be turbocharged and sprayed sprinkles upon in order to create 335 horsepower and more than 295 lb-ft of torque.

Theoretically at least, the CLA’s AMG version should be able to hit 60 in less than 5 seconds and the top speed should be nicely buffered around 155 mph.

What I’m really hoping for is that AMG turn up the mental note and cut that four wheel drive plan down to just the rear.

Not that I’m an old fashioned guy or anything but just imagine the sort of fun you could have with that much power in a car so small, stiff and light (almost) as the CLA is supposed to be.