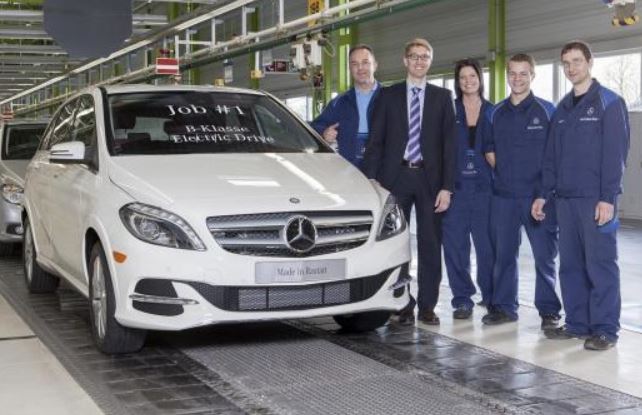 The Mercedes-Benz luxury car manufacturer has already decided to enter production with its B-Class Electric Drive model, at Rastatt, the company`s plant in Germany.

The Electric Drive, based on the standard B-Class model, will be launched in the US in a couple of months, with the electric model coming for sales in Germany as well, at the end of the year.

The Mercedes-Benz B-Class Electric Drive weighs around 1,750 kg and comes equipped under the hood with an electric motor 177 bhp (132 kW), which will throttle the car from 0 to 100 km/h in 7.9 seconds.

Since the model previewed here is faster than the rival Nissan Leaf, the Electric Drive will also be able to have a 200 km range, due to its high-performance lithium-ion battery made by Tesla Motors.

The battery is made by Tesla Motors since Mercedes-Benz holds an equity stake of 10%, acquired previously in 2009.

At Rastatt plant, the Mercedes-Benz luxury automaker will be also manufacturing the A, B and the GLA models, that will soon be launched in the US in the following months.