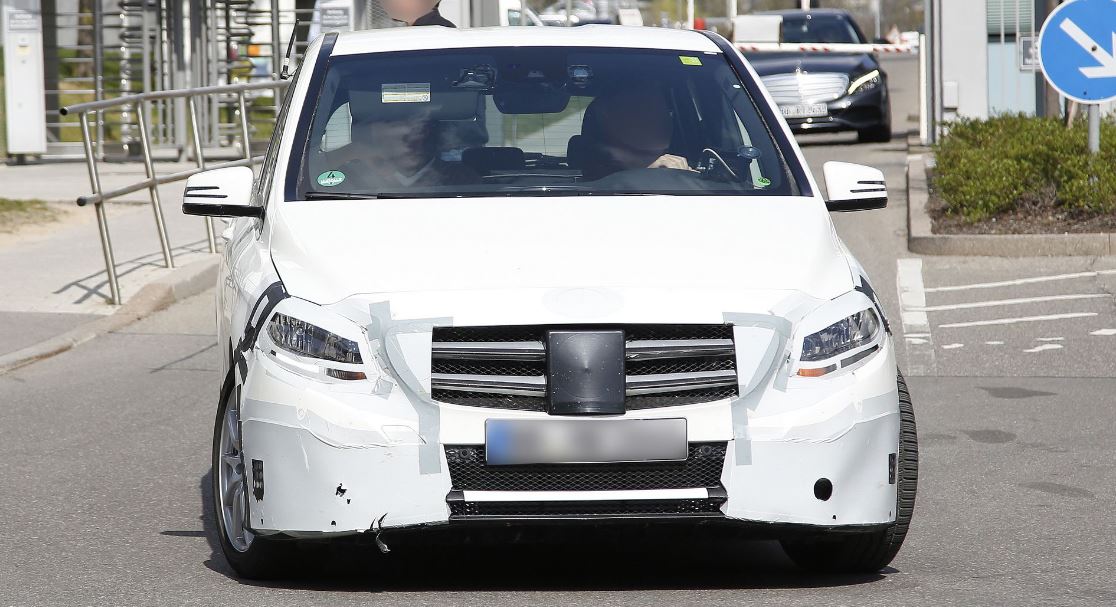 The present Mercedes-Benz B-Class has been caught on camera with a facelift while being tested in Stuttgart, Germany.

The present Mercedes-Benz B-Class has been seen on the roads for a couple of years, and now it seems that a facelifted version is coming soon.

The upgraded B-Class will be eventually coming closer to its customers this fall, with the model receiving some interesting tweaks.

The 2015 Mercedes-Benz B-Class seen in the photo is being rendered in a test mule. But, as already said, the model will receive some slight modifications at the front grille, also coming with different bumpers at the front and at the rear, restyled headlights and taillights and surely some other changes inside.

As for the power under the hood, we might be talking about the same powertrain that the present model is already using.

The 2015 Mercedes-Benz B-Class will make its public appearance somewhere this fall, perhaps at the 2014 Paris Motor Show, with deliveries to start soon, at the end of 2015.

More details with the facelifted B-Class will be provided at the moment of its launch.