Mercedes Benz SLS AMG is turned into a Hawk by Hamann 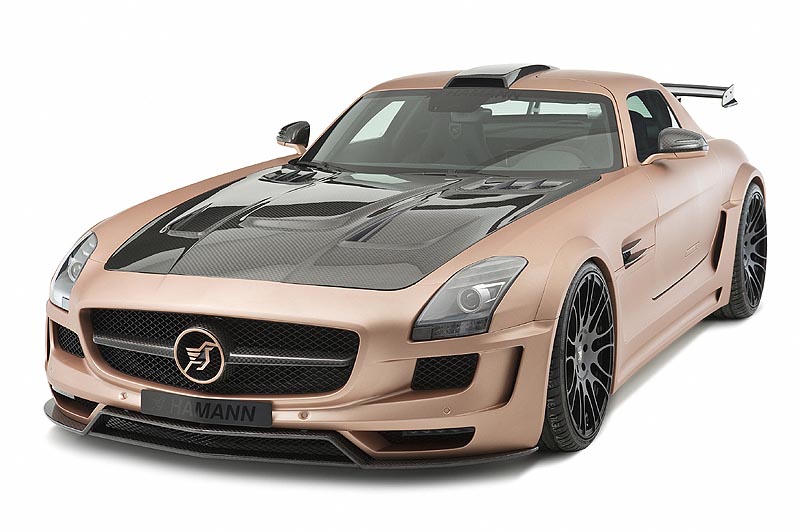 You know what, even though it has Gullwing doors, the 2011 Mercedes SLS AMG has been described as a sedate looking vehicle.

It’s these people who Hamann are catering to with the Hawk conversion of the Mercedes SLS AMG.

In creating the Hamann Hawk the Mercedes SLS AMG got painted in a special color called Everose Gold and it received a bonnet and trunk lid from carbon fiber.

Team that with some two tone immense wheels, a carbon fiber rear wing and an oversized Hamann badge all together with a gastly interior.

Once you manage to go past the visibly childish bonnet you’ll find the same 6.2 liter AMG V8 engine only it now develops 636 horsepower and 650 Nm of torque.

Basically Hamann took the Mercedes Benz SLS AMG, they made it a lot worse in how it looks and then they fiddled with the engine.

It’s this tuned up engine that trades a bit of torque for a whole lot of horsepower, enough to allow the Hamann Hawk to reach a top speed of 200 mph.

Yeah sure, the SLS gets some high-performance tires and a coilover kit which can lower it by up to 30 millimetres but that’s so not important when you look at the rest of it.

What I find particularly interesting is how Hamann plans to reveal this car in Geneva, at the actual Motor Show.