Mercedes Citan is on the way 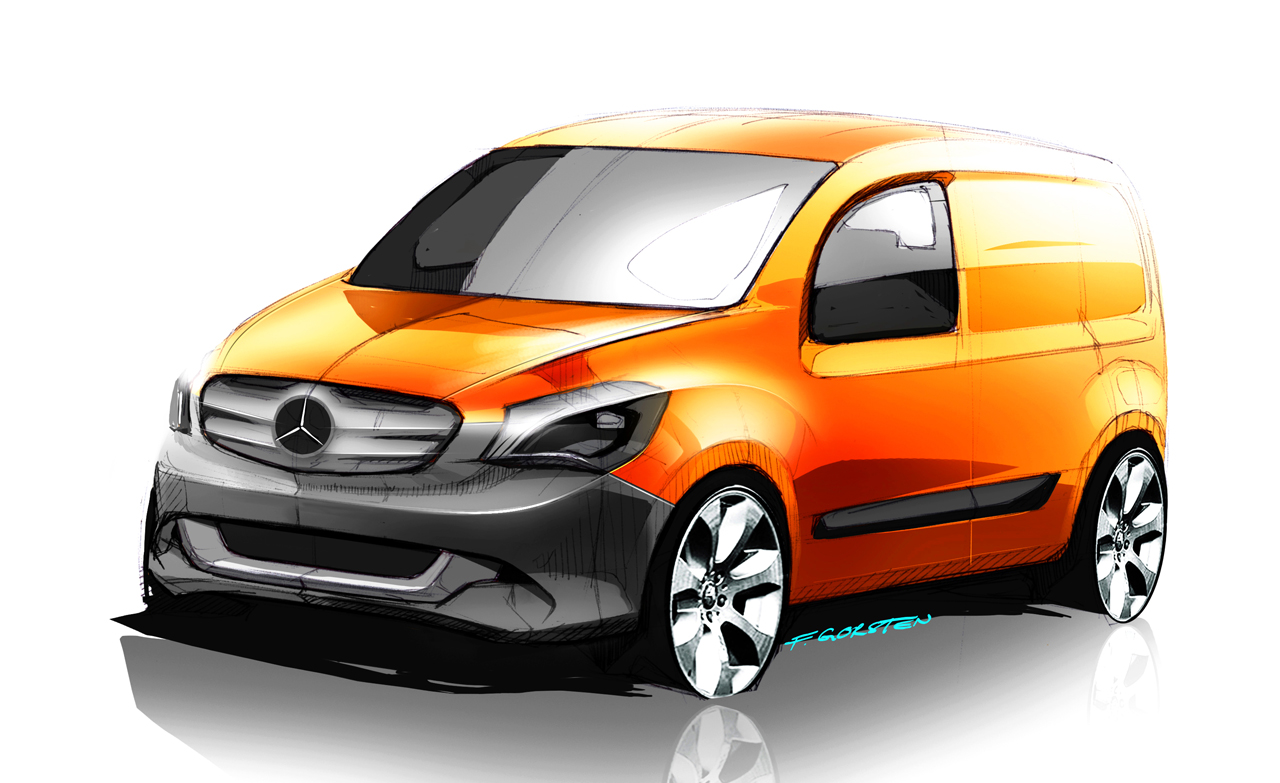 The Germans at Mercedes are best known for their luxurious small car lineup but they do have a big finger stuck in the commercial market pie.

That lineup is about to get a little bigger as Merecedes announces that they will be making their smallest commercial vehicle so far.

Called the Citan, the only visuals we have on this new delivery van Mercedes has in the pipeline are a few sketches of what it should look when it hits the market.

The name’s source is actually quite interesting, apparently Mercedes have tried to mix City in with Titan in order to produce Citan.

Not too shabby, and it sends you thinking towards brand identity immediately with their Citaro bus lineup. Getting back to the new van, it’s got quite a few things to say.

As you’d expect, when it hits the market it will be available in a series of sizes, lengths and door configurations and will likely be powered by nothing other than diesel engines.

The new van will also benefit from the company’s full service of marketing blab such as brand image, endless reliability and 24/7 service (though the last two don’t exactly add up).

What we’re actually looking at here is an attempt from Mercedes to get some of the money spent on 700.000 vans a year into the pocket.

When it arrives in the fall we’ll be able to tell you whether or not it’s going to be a successful blow to the market or just a decent hit.