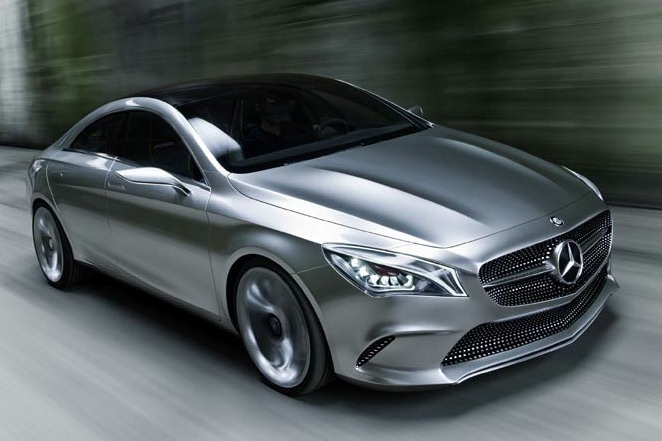 Mercedes is preparing to unveil a sporty concept at the upcoming Beijing Auto Show, namely the Concept Style Coupe.

However, it seems that we get the opportunity to see the sporty prototype ahead its debut thanks to few leaked shots which hit the web today.

Mercedes opted to build the new Concept Style Coupe on the new MFA platform which also underpins the new A-Class. Most probably, under the bonnet sits a 2.0-liter turbocharged engine which uses direct injection and is able to develop 208 horsepower.

This concept also previews the production CLA / CLC four-door coupe model which is scheduled to be unveiled soon and will be produced in Hungary at Kecskemét.

“Dr. Dieter Zetsche announced that another model series would also be coming to the new location – the 4-door coupé of the new generation of Mercedes-Benz compact cars,” says the company.