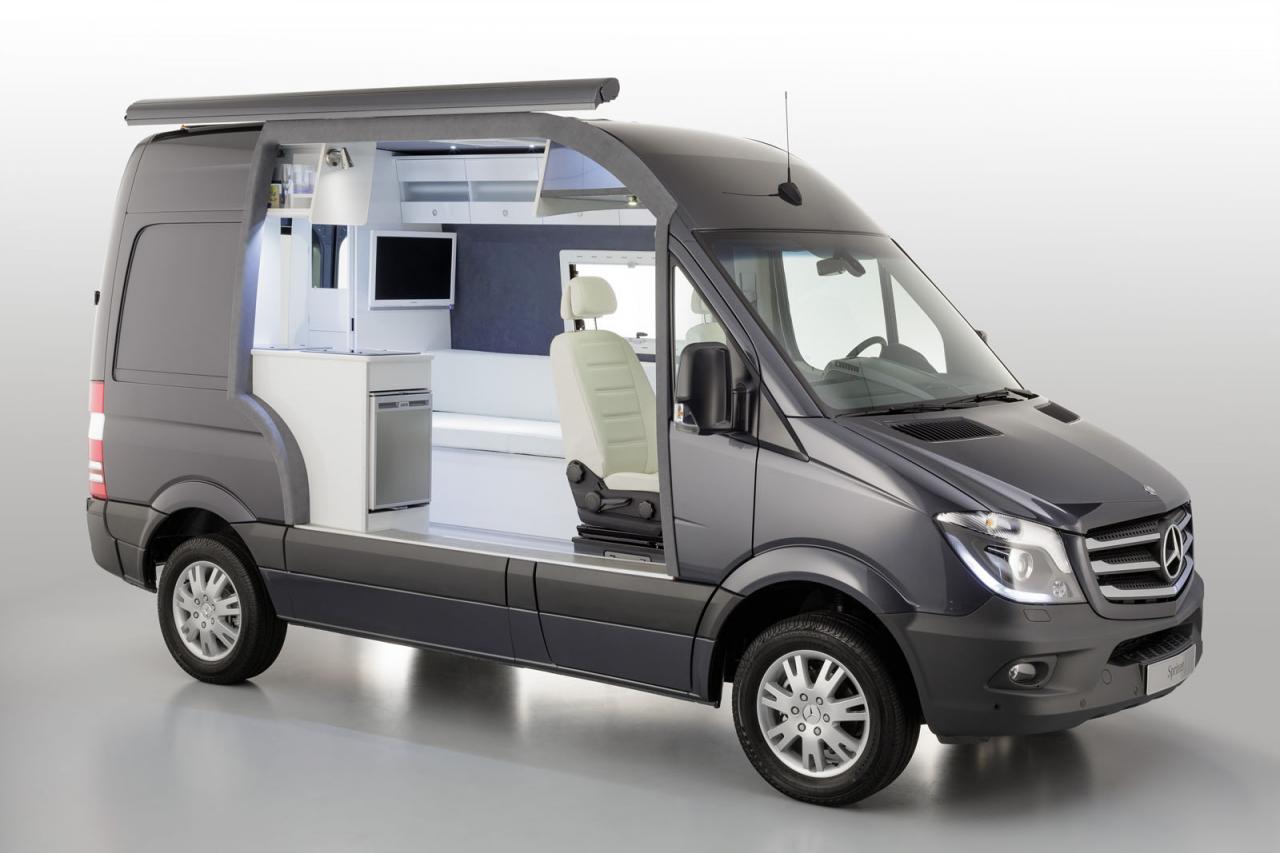 Mercedes unveiled today a quite interesting concept called Sprinter Caravan, a prototype based on the production version of the Sprinter van.

As its name suggests, the concept model comes the utilities of a caravan. It benefits from laminate flooring, a flat screen television, a refrigerator and also a kitchen.

In the front of the cabin, Mercedes offers leather seats, a revised dashboard and a side bench which can be transformed in a bed.

If you want to get a closer look at the new Mercedes Sprinter Caravan Concept, you have to know that it will be seen in world premiere at the Caravan Salon which takes place in Düsseldorf, Germany.

“The number one base vehicle for luxury camper vans is continuing to build on its lead – and is now to be found as a camper van platform from North America to China,” says the company.

For now, Mercedes revealed no plans to put this concept in production.