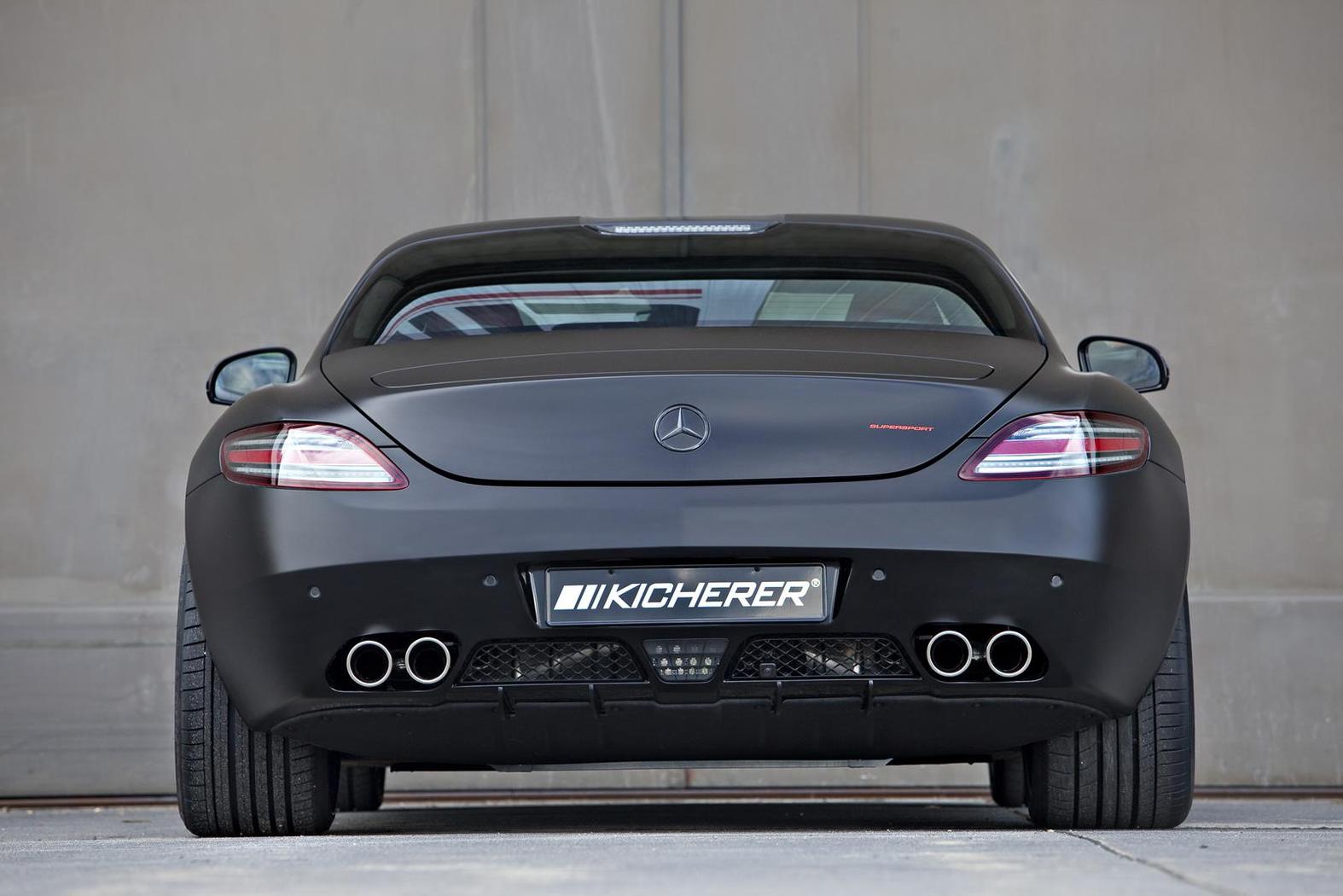 Tuners from Kicherer have presented a new package of performance and design for SLS AMG. The Germans’ creation is wearing Black Edition name and can produce up to 620 horsepower. German tuning house Kicherer has prepared a new package of design and performance for Mercedes SLS AMG. The package was baptized Black Edition by German tuners. Outside, the Germans’ tuning kit received a matte black color sheet, a redesigned front bumper, a revised air deflector and 20 inch RS-1 alloy wheels.

Also, the German supercar has received a new adjustable sport suspension. In terms of performance package, Kicherer engineers have recalibrated the ECU unit and replaced the exhaust system with one more powerful.