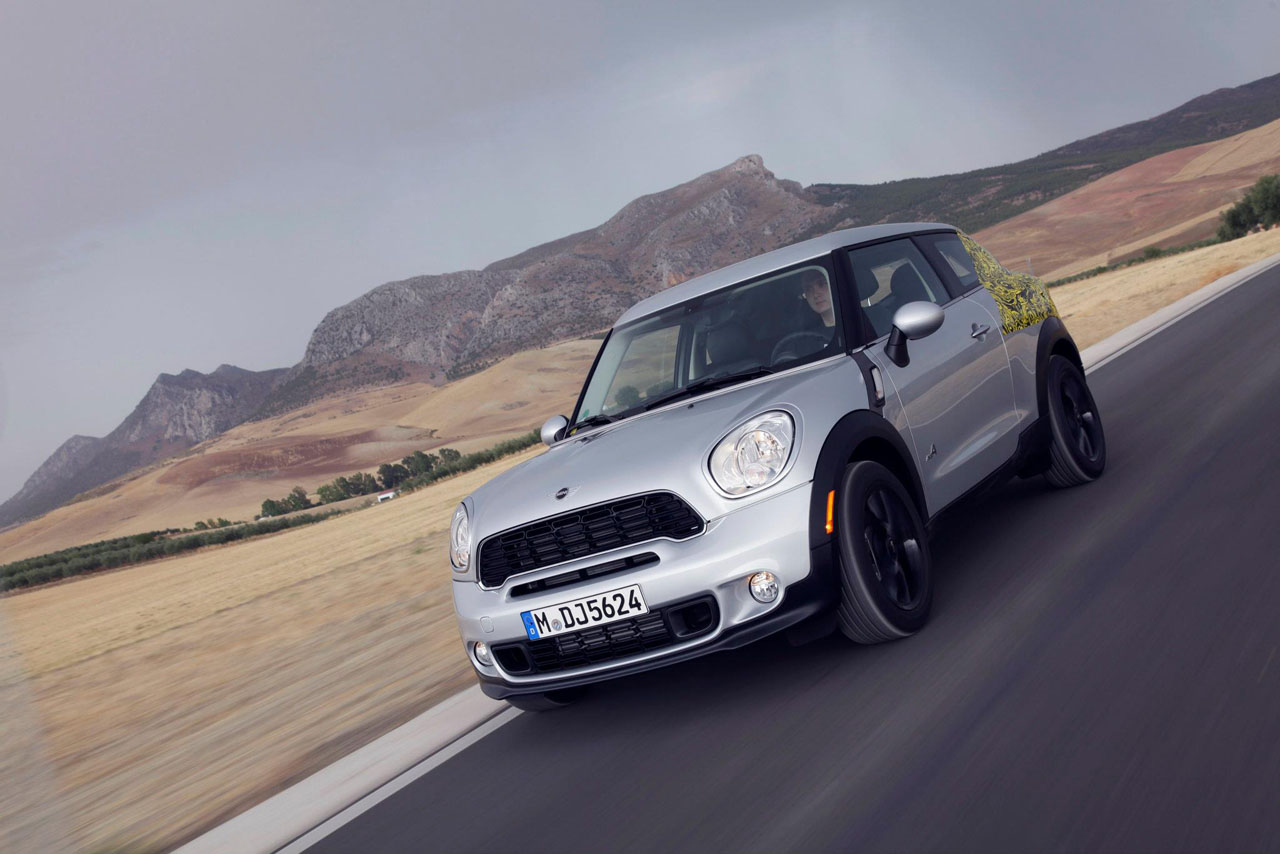 The British seem to be straying away from their idea of making a single model of a car over some 20-30 years in production.

Now that most of their companies have been bought out by Germans they’re actually going through a business plan and making several cars.

Granted, some of them are variations of the already familiar models but Mini is ready to unveil a coupe version of the Countryman crossover.

The new “coupe” will actually be a three door version of the car and it will look very similar to a concept we’re already familiar with.

That’ll be the Mini Paceman. As part of Mini’s new image and playful attitude, the unveiling wasn’t typical either.

The first images (though slightly camouflaged) of the new car was unveiled using the almighty Facebook social network.

There had been some rumors about a name change before the Mini Paceman would be available on the market but they’ve been put to rest by Dr. Kay Segler.

He’s the senior vice president for Mini and he’s quite proud of the upcoming car even though there’s not that big a difference to consider.

Some people who don’t care about Mini might also be interested in the Paceman/Countryman since it will be sharing the platform with an upcoming BMW.

That’ll be the front wheel drive X1/X2 crossovers that are going to come to the market about one year after the Mini.

Speaking of which, pending this preview, the Mini Paceman will be ready to go on sale later this year as a 2013 modelyear.