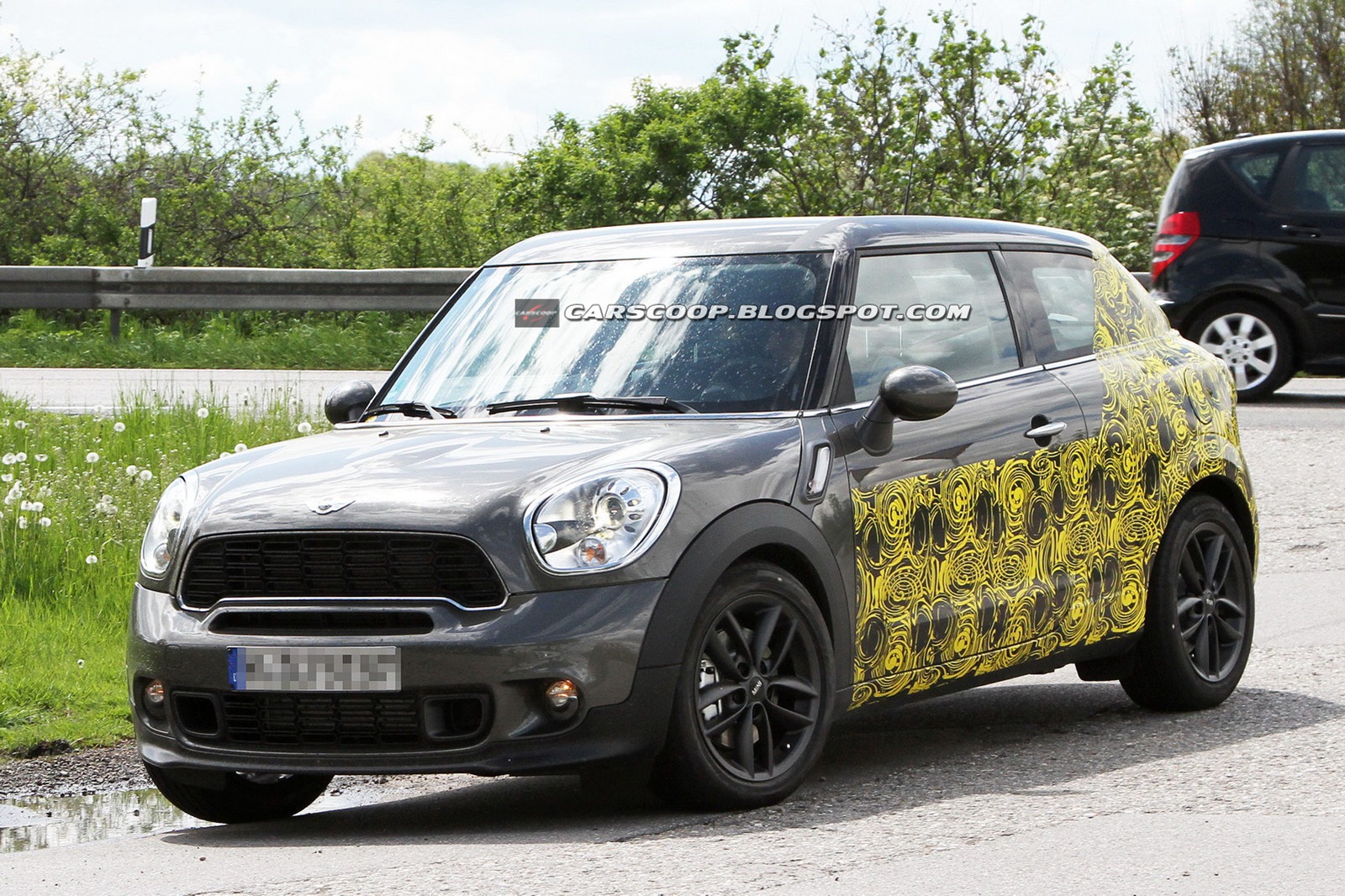 With the British at Mini, you can never really be sure what’s coming next. The concept is here today, the production version is here tomorrow.

Or at least that’s the idea, they want to expand their lineup with new models so they test the waters with tons of concepts.

Sadly though, when it comes to actually making them, Mini tend to be a little undecided as they approve and disapprove some of them for production in what seems like days.

With the Mini Paceman concept however, they seem to be fairly determined about sending it into production. This becomes obvious today.

A two door Countryman, aka Paceman, was spied out on public roads. It may have some heavy camo on it, but it’s clearly out in testing.

That doesn’t really happen if they consider it to be a properly viable market-ready solution. The model was spied in Germany.

Don’t think Mini is going international with its tests, it’s just that they might be getting a bit of a hand from their adoptive parents at BMW on sorting it out.

There’s quite a bit to sort out when converting the Countryman into a Paceman. Erm, actually, that’s not the case.

The Mini Paceman will ride on the same platform, have the same wheelbase and the extra lenght and lowered height will have to do with the bodywork more than anything else.

Engine options are said to be nearly identical to the ones found in the Countryman so that’s not likely to require a lot of work either.

The only thing Mini will need to tweak is the interior.