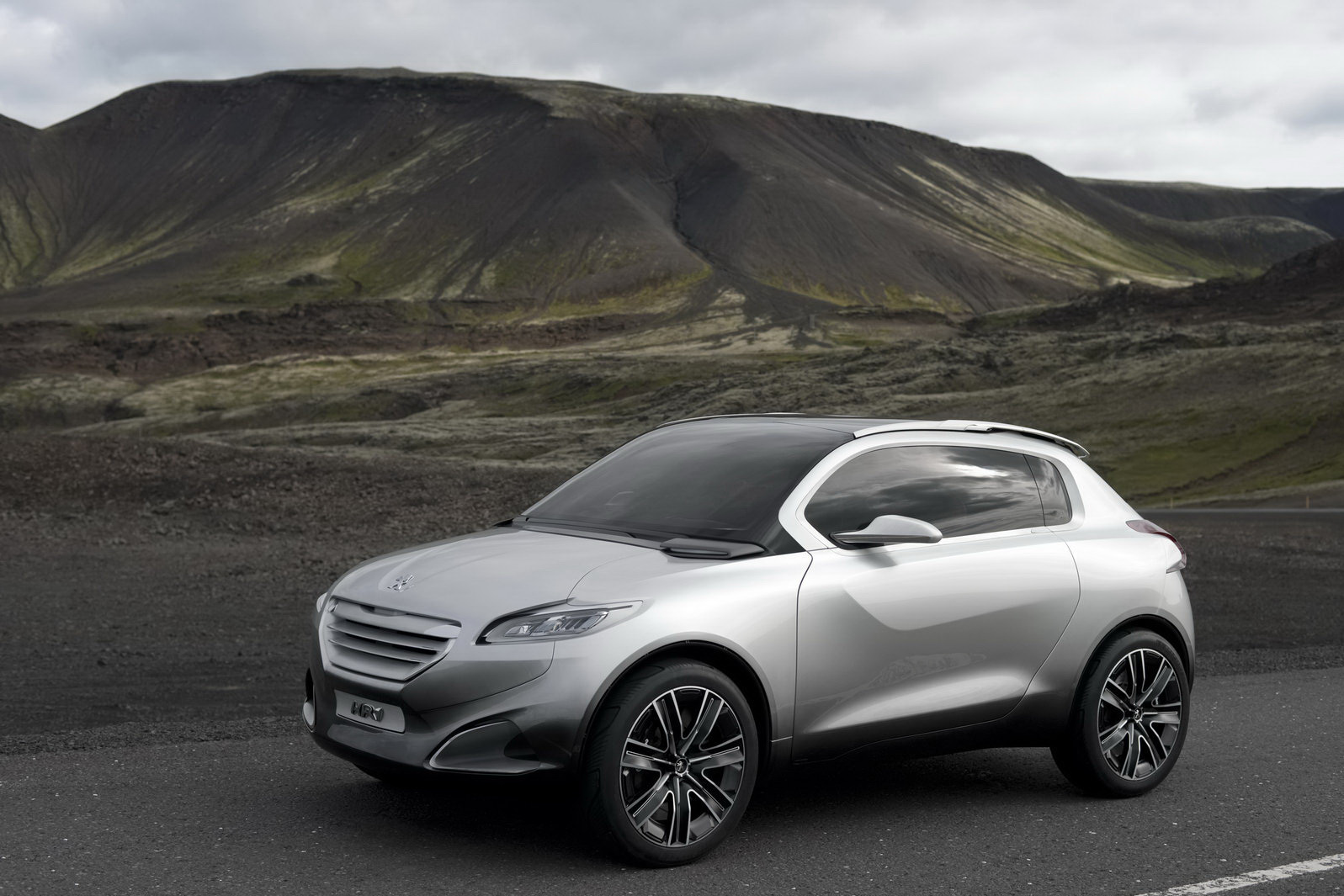 What would the Paris Motor Show be without something really intriguing from the French? That’s pretty much the definition of this next display at the petrolhead heaven hosted in the Hexagon’s capital.

The Peugeot HR1 is what I’d like to call the right thing at the right time and at the right place but what it actually is is a study dubbed as an urban crossover.

As with all French cars you can’t not stop and look at it so when speaking of exterior design incorporates all the genes of Peugeot’s new styling language including the “floating” front grille and “chiseled” headlamps which were first seen on the SR1 Concept car. Another important feature to come from Peugeot recent styling efforts is to be found in the raised sections above the rear windscreen, reminiscent of the “double bubble” roof design of the RCZ Coupé and a pair of electric “scissor” doors.

Where as the looks of the exterior can be summed up in the word “Avant-garde” the HR1’s interior features seem to be even more futuristic as the driver and passenger compartments separated by an elevated centre console.

Another important aspect from Peugeot’s over design studio is the unique set of controls for the audio, satellite navigation and air conditioning systems which arenow located behind the steering wheel.