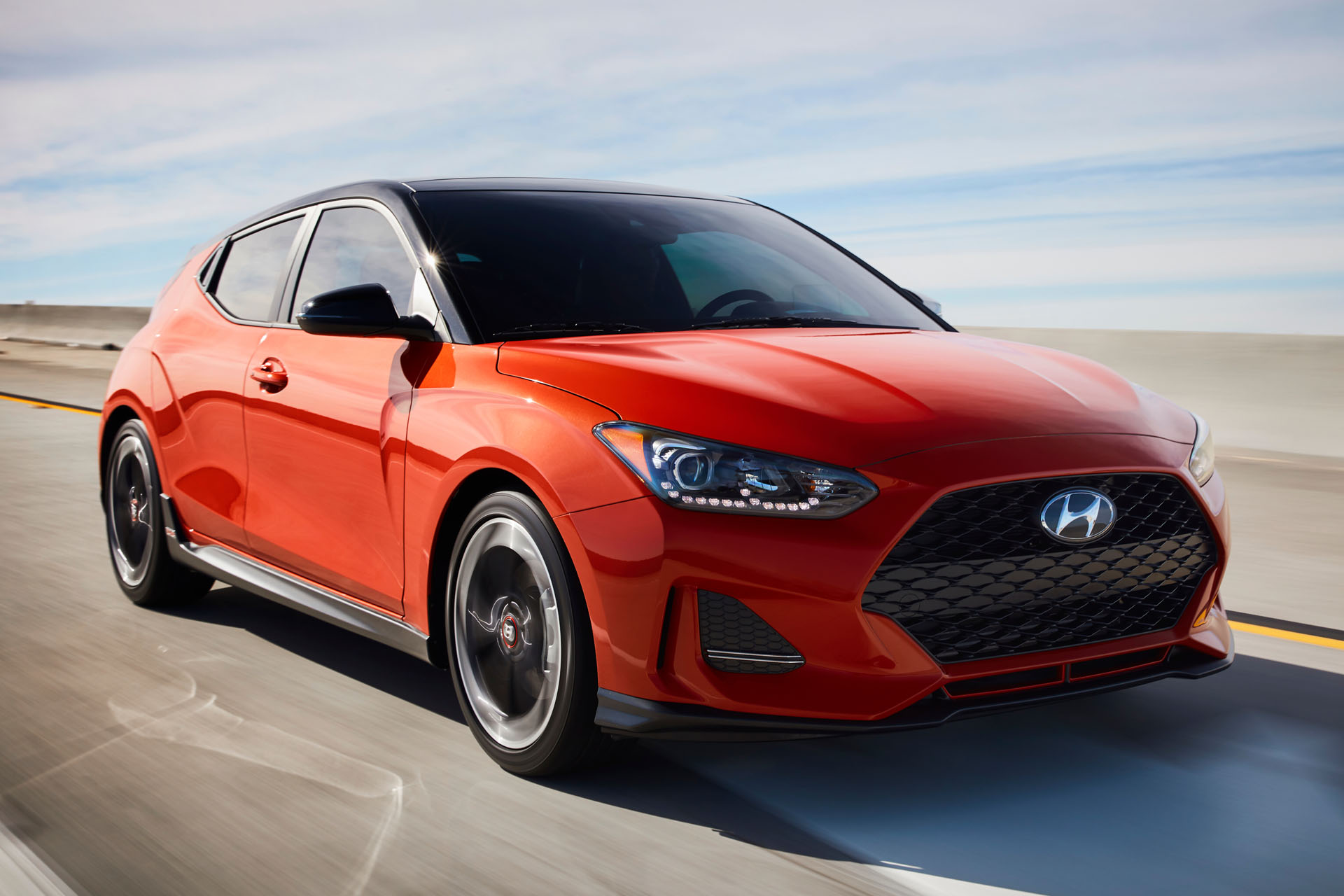 What makes the 2018 SEMA show different from any other auto show in the world is the variety of the cars displayed. It`s not just about the new ones, it`s particularly about those being modified and transformed into genuine muscle cars. Hence the presence of a lot of tuning firms with their modified cars and American muscle cars.

There were also plenty of carmakers which presented their hardcore models. From instance, Hyundai arrived in Las Vegas to display a much more powerful version of the Veloster Turbo. It does not match the Veloster N, but it surely costs cheaper, and is now more high-performance with the new upgrades.

But what does the new 2019 Hyundai Veloster Turbo bring forward that almost equals the N variant, yet is cheaper? For that, read on.

First, the model got some aftermarket mechanical stuffs, like B&M sport shift kit, K&N high-flow air filter, Eibach springs and anti-roll bars, as well as a Borla axle-black exhaust system. There is also the new set of lightweight alloy wheels which makes it faster around the track.

Sitting between the entry-level Veloster and the much-to-date Veloster N, the Turbo variant is a serious contender when it comes to power under the hood, especially now with the new improvements. Therefore, the 1.6-liter turbo flat-four cylinder engine develops no less than 201 horsepower and 264 Nm of torque, being sent to the front axle via a six-speed manual, as standard. There is also the optional seven-speed dual-clutch transmission.

In comparison, the Veloster N uses a 2.0-liter turbocharged four-cylinder, with 275 horsepower and 353 N of torque. The difference is not that big, however the price tag is. The Veloster Turbo costs at least $22,900 in the entry-base Turbo R-Spec, while the top of the lime Turbo Ultimate is set at $26,650 with the automatic transmission. On the other hand, the Veloster N is around $6,000 to $9,000 more expensive.

Now, it is up to you to choose between the two of them. I for instance, I`d go for the Veloster Turbo, which is now more tuned and delivers plenty of power and torque.