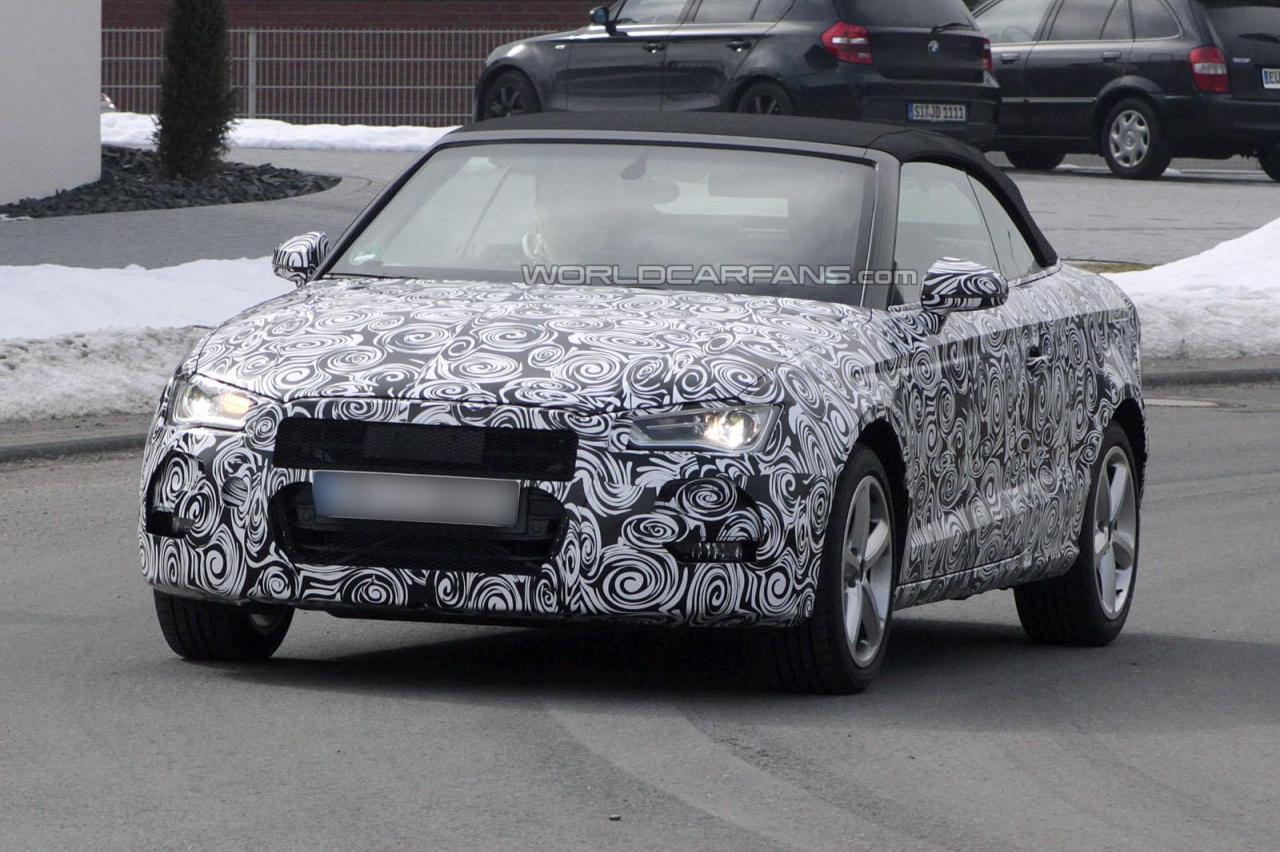 Today we get a closer look at the upcoming Audi A3 Convertible, the open-top version of the German model unveiled few weeks ago.

As these spy shots reveal, the German model benefits from a retractable fabric roof. Power is provided by several gasoline and diesel units with outputs ranging from 150hp to 184hp. More potent versions such as the S3 and RS3 with outputs from 300hp to 400hp are also planned.

The new Audi A3 Convertible still wears a thick layer of camouflage which means that the official debut is not extremely close.

However, current rumors say that we should say the German open-top model at the upcoming Frankfurt Motor Show, an event which opens its gates this September.