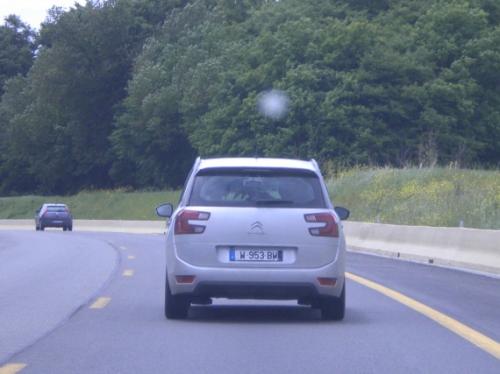 Citroen prepares the debut of the new C4 Grand Picasso at this year’s edition of the Frankfurt Motor Show, an event which opens its gates later this year.

The French model is going to benefit from some exterior styling tweaks along with some modifications inside as well. The 2014 Citroen C4 Grand Picasso gets new rear optical blocks, quite modified ones compared to the current model.

In the front, you’ll also notice a revised front grille alongside other minor tweaks. Citroen tries to refresh the appearance of the C4 Grand Picasso and make it more attractive to the target customers.

With these photos showing an undisguised prototype, be sure that the official debut is quite close.

We expect to see an official reveal of the new C4 Grand Picasso in the coming months with the world premiere to be held at Frankfurt, this September.