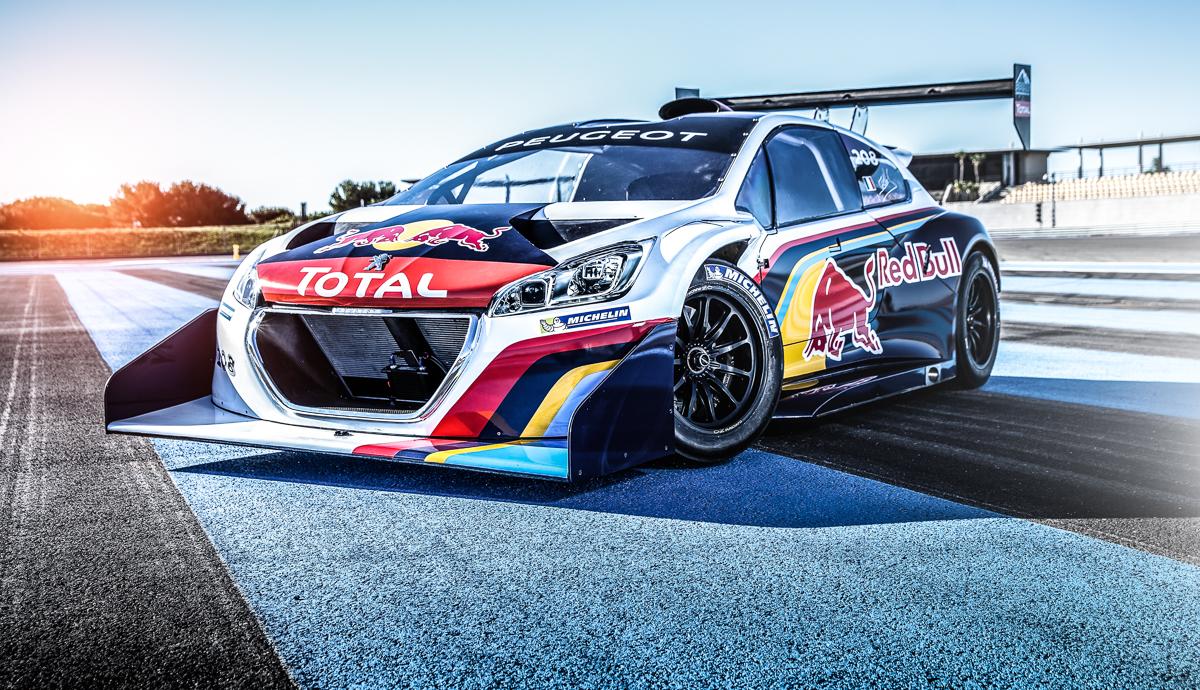 Few days ago, we showed you the Peugeot 208 T16 Pikes Peak racer on video and today, we get the opportunity to see how the French racing car looks with the special livery.

Even there is only a single official photo, we get the opportunity to see how the final model will look on the circuit. If the previous shots showed a black model with white accents, the final model benefits from a two-color finish with red, yellow and light blue inserts, specific colors for the main sponsor, Red Bull.

The French racer sports the same wheels, rear wing and front spoiler. Power is provided by a 3.2-liter V6 engine capable to produce a whooping 875 horsepower.

Thanks to a sequential transmission with six speeds, the new 208 T16 Pikes Peak sprints from 0 to 100 km/h in just 1,8 seconds.

The low total mass of just 875 kilograms is also a key factor for these impressive figures.