New Shelby Ford Mustang could get a V6 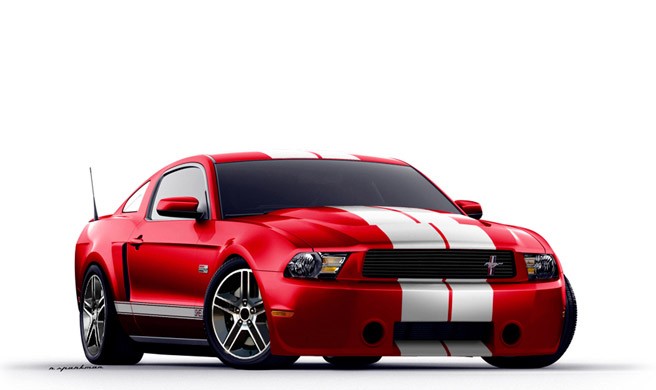 Ford, Mustang and Shelby enthusiasts ready your heart as the “Skunkworks” team of the Blue Oval has yet more surprising news to say the least.

In the most recent of press releases Shelby have announced that their new version of the Ford Mustang, one of the most eagerly awaited versions of the Mustang yet might be getting a V6 engine and that the all conquering GT500 might come in with twin turbocharging.

Quite significant changes to way things work in the life of the Mustang but it comes as no real surprise after the shock of Shelby announcing that instead of making entire cars they will focus on offering performance mods to existing models.

On the brighter side of things, while you could say they are downgrading to the title of tuning company, they are taking their job seriously as that GT500 kit, while sporting a projected price of 100.000 dollars + the cost of a new mustang will be showing off some impressive stuff like a twin-turbo system with variable boost good for over a thousand horsepower being sent to the rear wheels in addition to an adjustable suspension, widebody kit, 10-point roll cage and more.

On the more down to earth option, the Ford Mustang might see a tag as simple as Shelby GTS attached to the V6 variant coming with the appropriate kit ranking up to a more attainable price tag ranging from 9000 to 12000 dollars all round.