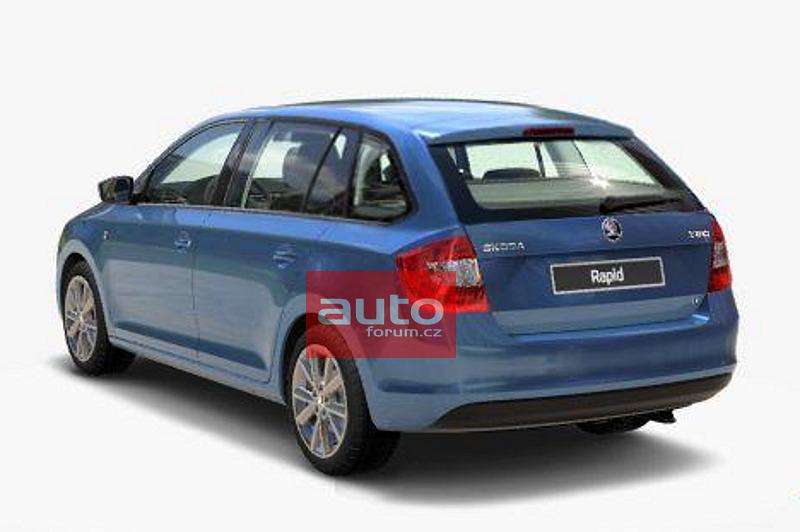 The new Skoda Rapid Spaceback, namely the wagon variant of the Czech model, shows earlier on the web. To be more specific, Skoda published the car configurator for the new Rapid Spaceback, most likely by mistake.

A couple of images show the more spacious version of the Skoda Rapid, a model which comes with no major styling improvements.

The rear doors and windows are now bigger with the total length of the model also being increased, of course, in order to accommodate the larger boot.

Under the bonnet expect the same units, starting with a 1.2-liter MPI offering 75 horses and continuing with two TDI units producing 86hp and 122hp but also a 1.6-liter TDI with 90 horses.

The new model is very likely to be seen at the upcoming Frankfurt Motor Show, an event which opens its gates later this year, namely in September.