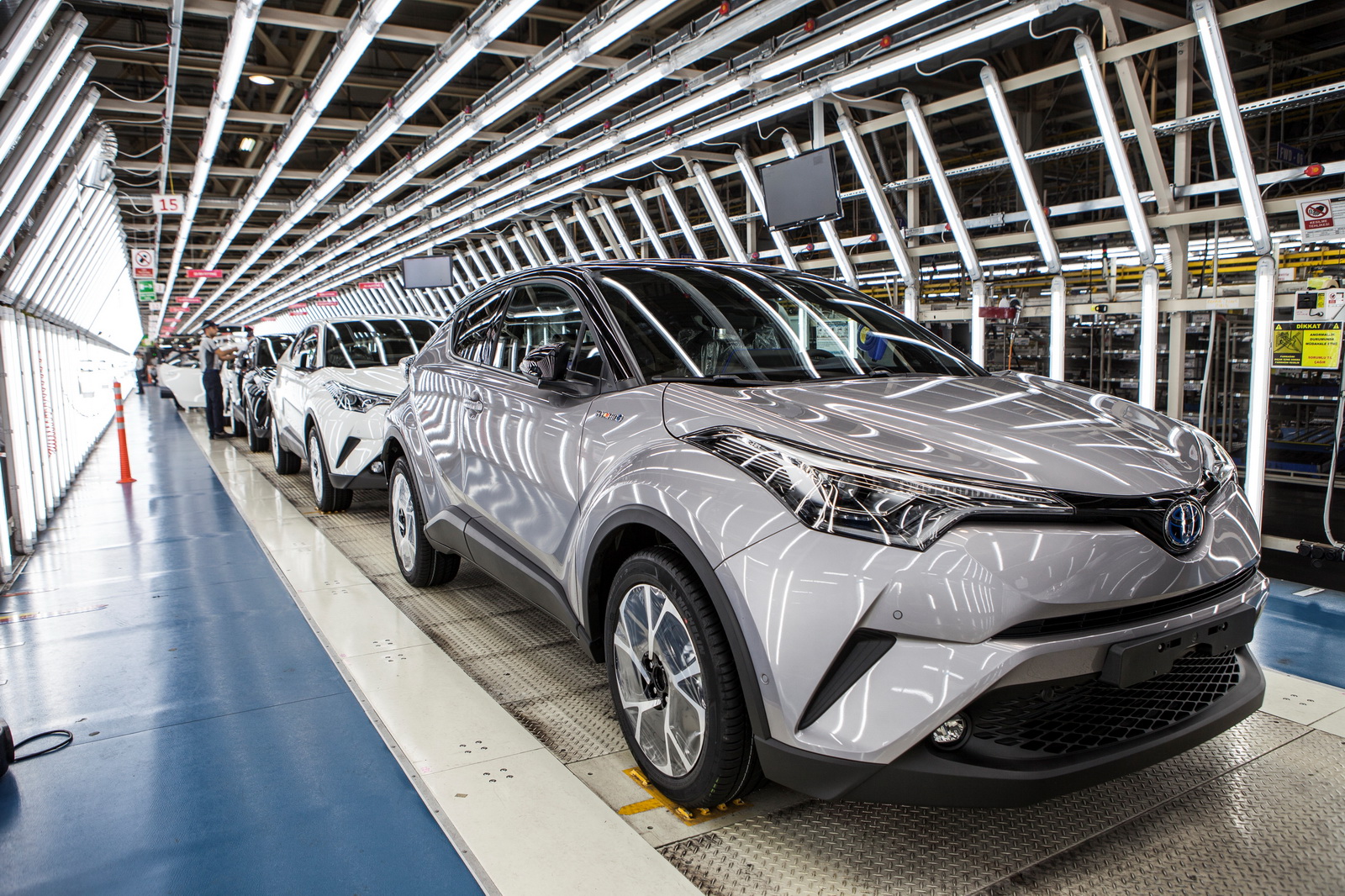 The Japanese based carmaker Toyota has recently announced that the all-new C-HR crossover will soon join the rest of the lineup for mass production at local plant in Sakarya plant, in Turkey, and that to cope with the heavy demands from Europe, Mauritius, Taiwan or North America.

Speaking of massive exports on the aforementioned markets, Dr van Zyl, CEO at Toyota Motor Europe, has also mentioned that “It is a great privilege for us to export to North America, because it is Toyota’s biggest market and our customers there expect a lot from Toyota in terms of quality, customer satisfaction, and connection to the brand. “TMMT has been one of our best plants globally for many years when it comes to build quality, and I am very confident our members there will exceed our North American customers’ expectations.”

This means that Toyota will expand its year production from 150,000 to 280,000 vehicles all around Europe, the USA, Canada and so on.

Once arriving on the market, the all-new Toyota C-HR will stand on the company`s new architecture also called TNGA; speaking of the new architecture, Moritaka Yoshida, President within Toyota Motor Corporation, has also declared that the ”TNGA is our new philosophy of vehicle creation and part of our initiatives for building ever-better cars. Toyota will gradually expand the production of vehicles based on TNGA.”

In the engine department, the C-HR will be equipped with a 1.2-liter gasoline engine with 114 horsepower, followed by a hybrid version with 120 horsepower. In the US, the model will also receive a 2.0-liter gasoline with 142 horsepower and a CVT automatic transmission.