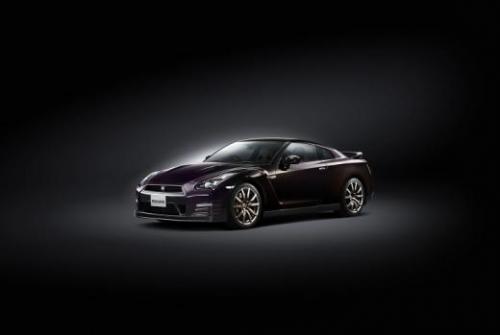 Nissan unveiled a new special edition of the GT-R sports car, a model called Midnight Opal which benefits from some styling tweaks.

To begin with, there is the Midnight Opal exterior finish, new forged alloy wheels with a Hyper Titanium paint, carbon fiber rear spoiler and other minor tweaks. Nissan says that the exterior paint is a special one as it can modify its hue in certain lightning conditions.

Expect no changes under the hood as the new Nissan GT-R Midnight Opal edition benefits from the same 3.8-liter V6 powerplant offering 545 horsepower.

However, there is a new gold-plated numbered plaque to let people know that you are one of the 100 owners of this special model.

Nissan released no pricing details but, as mentioned above, the new Midnight Opal edition will be offered in a limited series of one hundred units globally.