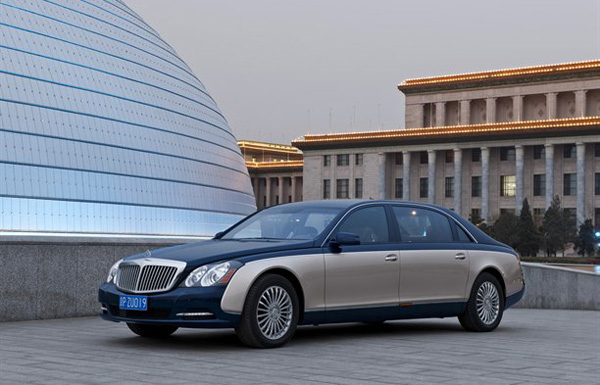 Daimler revealed today the facelift for Maybach sedan, expected to debut these days in Beijing. The review brings more convenience and aesthetic improvements, but also a more powerful engine. As promised, Daimler will give another chance for Maybach brand, in the attempt to save its “crown jewel”, which for years refused to become profitable.

Maybach bring today to audience maybe its last facelift, if the financial results do not improve in coming years. At the outside, the facelift brings a new chrome grille for the radiator, which varies depending on which version is installed, a redesigned hood, another front spoiler, modified side mirrors and new taillights.

The improvements brought by the Maybach engineering team changes also the overall dimensions, length being bigger with 11 mm and width with 17 mm. The aesthetic package is completed by a set of 19 inch alloy wheels with 21 spokes, for standard versions, and one of 20-inch 12-spoke, for those who choose the S version. The new elements help to obtain a better drag coefficient and reduced rolling noise.