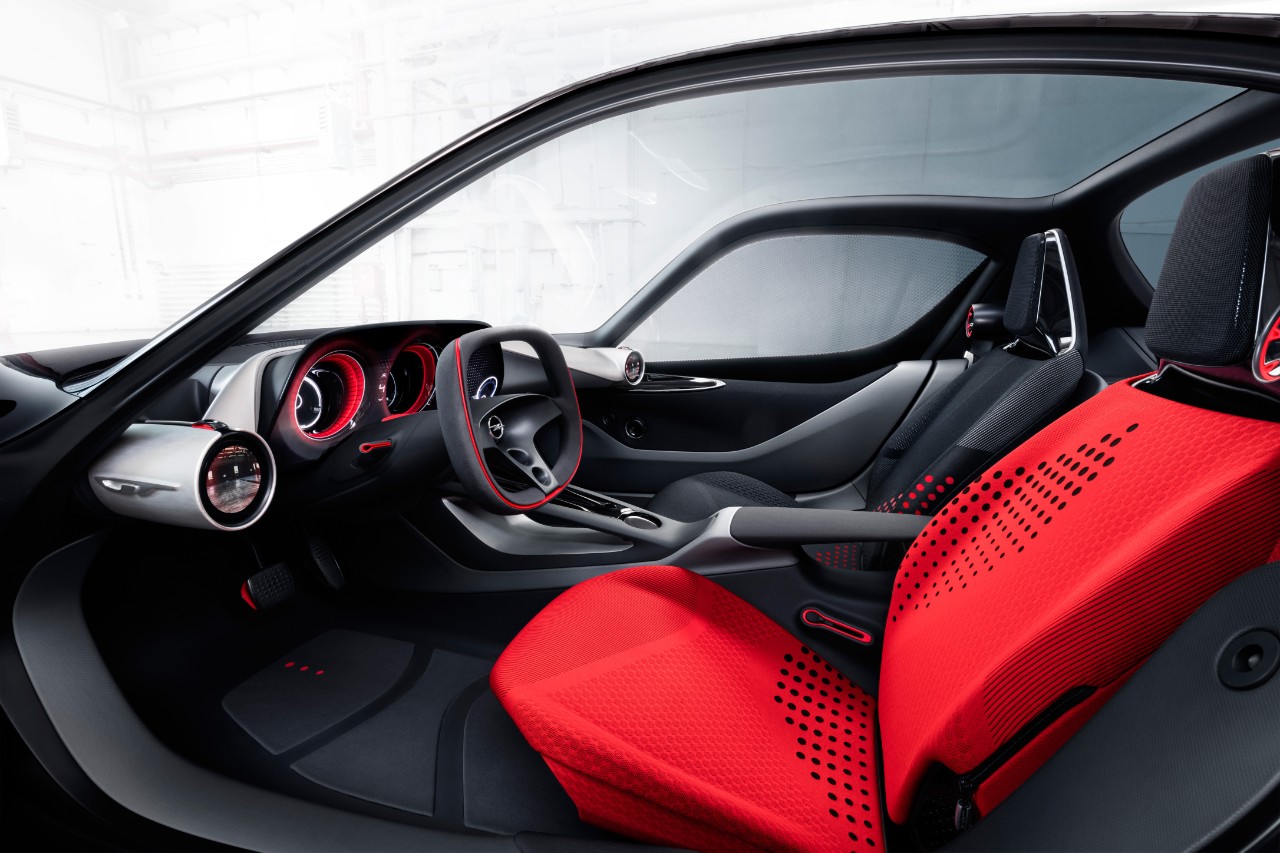 Back to the basics: the interior of the Opel GT concept is neat, getting rid of all the buttons. It’s a tribute to the old Opel dashboards, in a futuristic manner.

The whole concept is pure: in the Germans vision, the future sportscar must be both simple and breathtaking. They’re going to bring the concept to the 2016 Geneva Motor Show, so you’ll soon be able to admire its curvy, sculptural body-shape and the simple, yet spectacular interior design. As you can imagine, the lack of physical buttons was a real challenge for the engineers: they had to create an easy to use, fully functional interface. So they decided to allow the driver to use two input methods: by voice and via the central touchpad. They call it symbolically Human Machine Interface (HMI). It continuously evolves by getting to understand the driver’s habits and therefore his needs. The point was to create a car that adapts to the driver’s style, rather than the other way round.

The software behind the HMI is very complex: it literally creates a dialog between itself and the driver, asking questions about the music, route or temperature. The driver will eventually see it as a friend which always plays the best suited music, take the best route and understands the driving style, adapting the car’s setups to support it best. As about the onboard atmosphere…it is relaxing, yet sporty thanks to the huge windshield, the brushed aluminum used for the instrument panel and the red driver’s seat. Not only they look interesting, but their lightweight construction help the car stay under 1.000 kg. The two round instruments are fully digital and project in 3D the information selected by the driver.

The dynamic safety systems are now up to a whole new level: the car is permanently connected to the traffic, and can send helpful messages like “Be careful. Don’t overlook the motorcycle behind us!”. No more side mirrors, as they are replaced by rearview cameras. It feels like science fiction became reality!