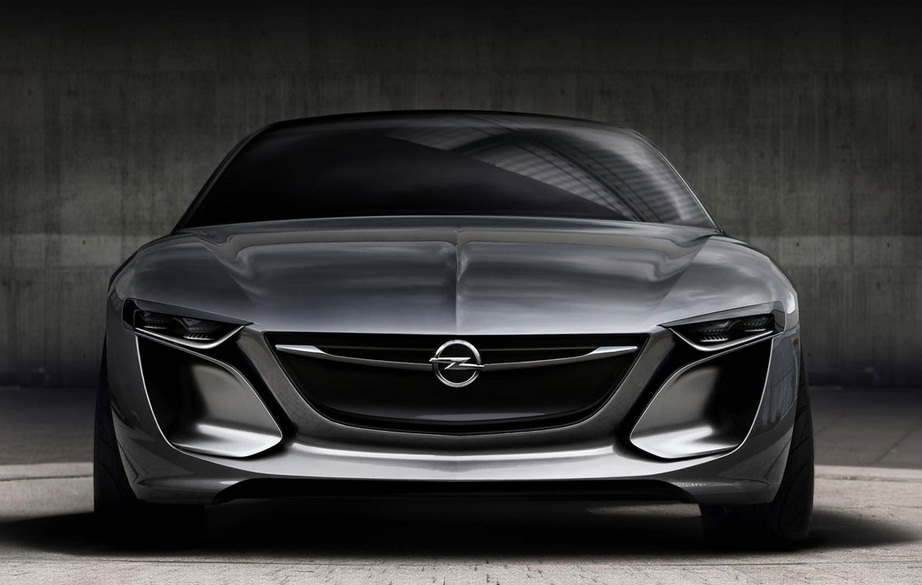 We have not even get the chance to accustom with Opel Monza concept, after the German car maker announced its attending on Frankfurt Motor Show through a first teaser, that we are now witnessing a second dose of information.

This time, the new teaser of Opel Monza concept comes with a frontal image, showing a little bit from its design lines. As you can see, the philosophy of German precision and sculptural artistry stays the same, so what is new about it?

For starters, Opel Monza concept should focus on connectivity and efficiency as two major priorities in the change of strategy that the auto maker will apply. While we still know nothing about the motoring and other technical details, we do get to have a better image of the outer design elements.

From a distance, Opel Monza concept wants to be sportier and airy, with a prominent frontal grille made from chrome, peculiarly similar with the one of the old Opel Speedster, and some nervous blades-kind of lines right under the optical blocks.

Even though the Frankfurt Motor Show is about to start in approximately one month, judging by the rhythm of publishing details on Opel Monza concept, we are about to find out much more, prior to the debut of the show.