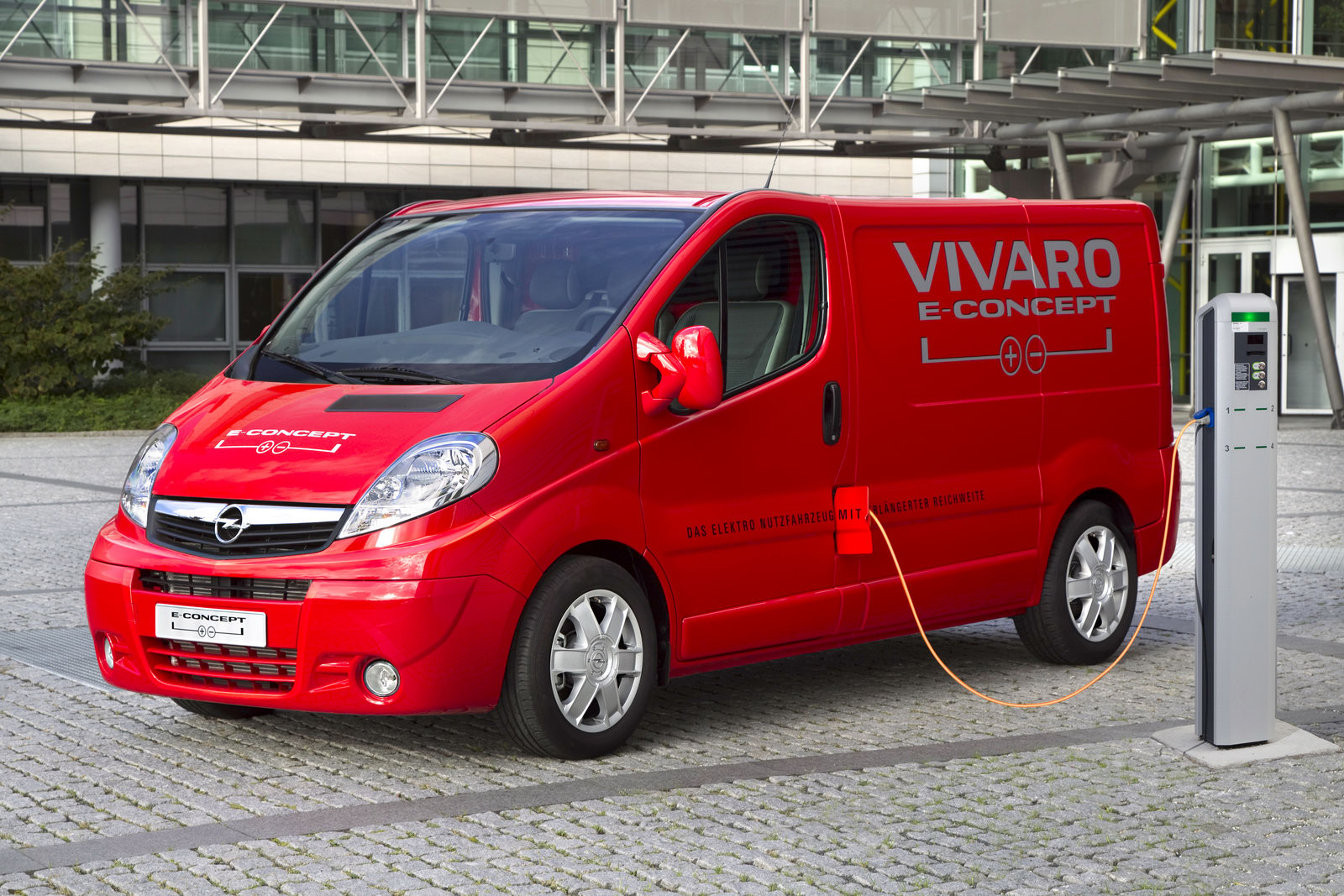 It would seem that the Germans don’t have that big an interest in the Paris Motor Show, actually, it’s just the Germans from Opel and they’ve chosen the 2010 IAA Commercial Vehicles Fair in Hannover, Germany as a site to unveil their latest product.

To be fair, this sort of vehicle doesn’t really fit the bill of the exotica we’re expecting to see a the Paris Motor Show but the Opel Vivaro e-Concept plug-in electric van does make a few points for itself and none of them is it’s French cost cutting contribution to the R&D of the basic car.

Speaking of the Open Vivaro e-Concept and it being a plug-in electric van you have to admit that it does make quite a point for itself. Firstly, it’s powered by an electric motor delivers 370 Nm of torque and is rated at 150 horsepower which offers a pure electric range of 100 km (62 miles). The power to attain the performance and range quoted comes from a set of lithium ion batteries that are stored under the floor of the vehicle.

The “range extender” will remain unspecified exactly but it’s most likely going to be one of Opel’s common rail turbodiesels has been forecast to provide the van with an additional range of 300 km (186 miles).

Even with all of he additions the car still offers up 5 cubic metres (177 cubic feet) of storage space and the ability to haul 750 kg (1650 lbs) of payload.

At the moment the car is a one off, and is part of research the company is conducting into the market which means that no plans exist yet to put this vehicle into production but there is a considerable chance that lessons learned from it will be used in an eventual market ready electric van.