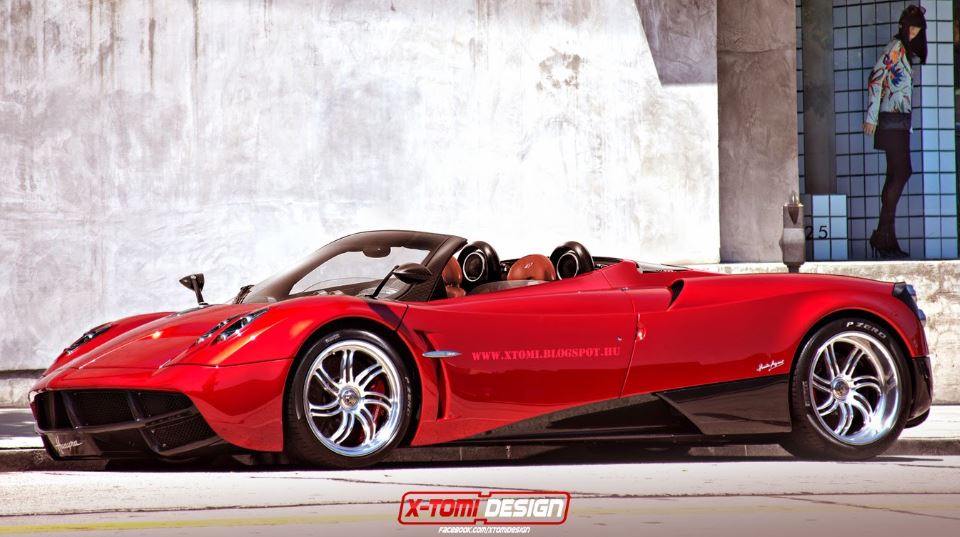 The Pagani Huayra is ending up in our news again, this time through a new rendering which is showcasing the model in a roadster body style.

The rendering with the Pagani Huayra Roadster is signed by the famous designer X-Tomi Design and might preview a future roadster version of the supercar.

As seen in the rendering, we are talking about a roadster version in the shape of a simple design, complemented by a cool red shade paintjob.

In case it will come, rumors state that this might be possible in a couple of years, the model supposing to be smaller than the standard Pagani Huayra. Other than that, the powertrain is believed to stay the same.

The Pagani Huayra Roadster might sport the same 6.0-liter twin turbo AMG unit, developing 730 horsepower and impressive 1,000 Nm of toque, just like the standard supercar. This would be enough to sprint from 0 to 100 km/h in just 3.3 seconds, at the top speed of 370 km/h.