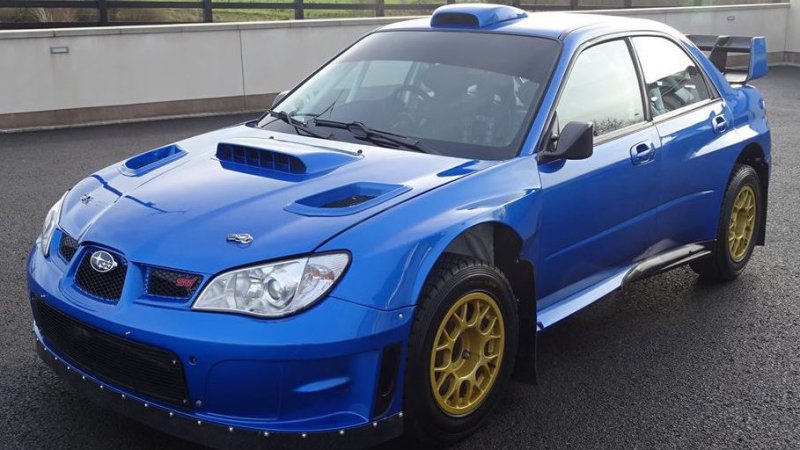 Big rally fan? You can buy Peter Solberg’s Subaru Impreza. The only condition is to own just over 206.000 euro.

It’s the very car that Peter Solberg drove in 2007. Back then, the Norwegian driver managed to finish three races on podium: 2nd in Portugal, 3rd at Acropolis, in Greece, 4th at Wales Rally. It helped Solberg to end the season in fifth place overall, while Subaru took the third place in Manufacturers Championship. It’s also the last car diven by Colin McRae in his final public appearance. The 25 times WRC races winner drove it at Goodwood Festival of Speed, in 2007, almost three months before his tragic death.

If you think it’s damaged in any way, don’t worry: they say it’s in showroom condition. What does it exactly mean? The 2.0 liter turbo engine had been entirely rebuilt and it has done only 350 km. It develops 300 hp, due to FIA WRC regulations, which, in the hands of Colin McRae, don’t feel underpowered at all (see the film below). The suspension kit had been replaced with a new one. Other new parts include the clutch (which was also replaced 80 km ago), the brakes and the seats. The wheels had been powder coated, and the gearbox fully checked. The owner will also receive a FIA Gold Technical Passport Log.