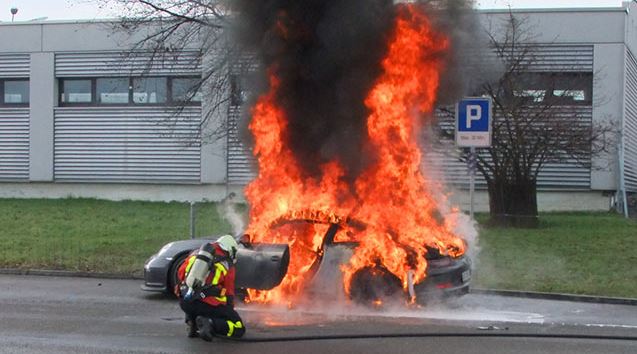 Considering the fact that Porsche engineers did their best to not change the rear engine, rear wheel drive system of the car since forever, there are a few car enthusiasts out there that might be a bit bashful.

But the possibility of spinning wildly out of control and dying in a very spectacular ball of fire seems to be a thrill to which many drivers are attracted.

Well, recent events seem to point towards the fact that a big fireball death might be a real possibility for Porsche 911 GT3 drivers. Several such incidents were reported, and in the light of these events, the German car maker issued a warning to all owners. They advise against driving their vehicles until an inquiry is completed and the source of the issue uncovered.

The total number of units built and delivered is 785, and the manufacturer promised that each will be inspected and the problem remedied. To speed things along their way (and also make good on customers) they have even offered to pick the 911s up and deliver them to a Porsche Center as soon as possible.