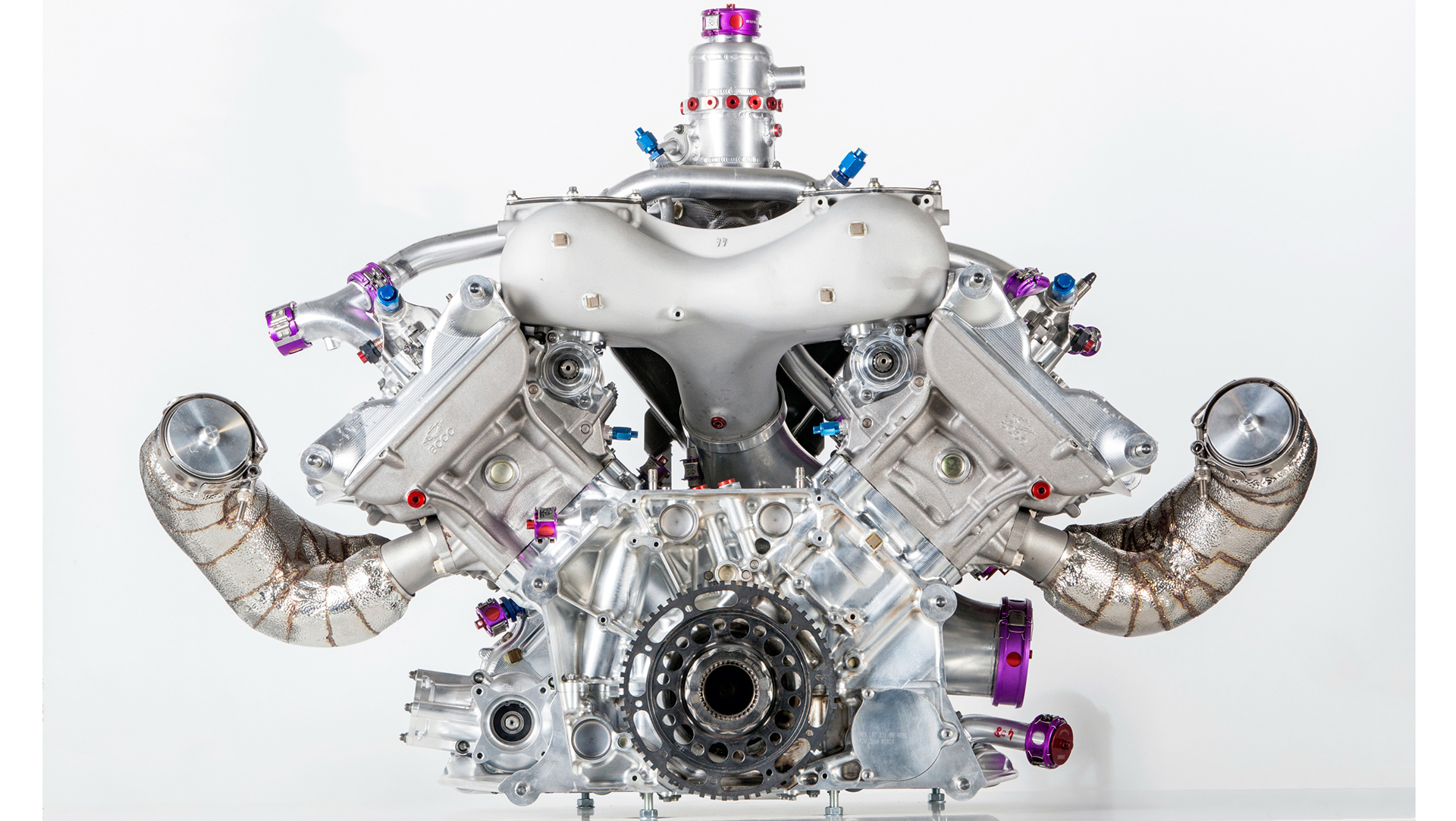 You’re about to see a German heart. It’s a hybrid one and blue blood flooded its veins in 2015. Back then, it became the king of Le Mans 24 Hour race.

At the first sight, it doesn’t look spectacular: it’s a two-liter, four-cylinder turbo. But let’s not be fooled by the appearance. Its architecture is unusual: a 90 degree V4 engine that sends the power to the rear axle. It is backed up by an exhaust energy recovery system, which sends the energy to the battery. From there, during heavy acceleration, the power goes to the front axle, via the powerful electric motor.

It is the most efficient engine ever made by Porsche, becoming therefore a model for the Porsche 718 Boxster’s one. They share the same displacement, stroke and fueling system, which consist of a central-mounted direct fuel injection. However, they don’t share the architecture, the 718’s engine being a boxer one. It’s a sure thing that all the technologies used in the Le Mans winning engine will be found in the next Porsche cars. That’s the reason that made the Germans come back in the world elite racing.

Porsche needed only one year to transform the most unusual engine presented at 2014 Le Mans race in a champion. The compact powerhouse developed over 500 hp, but for the 2016 edition of the prestigious race, the more restrictive regulations forced it to drop below 500 hp. Anyway, the whole hybrid powertrain will develop an impressive 900 hp, with the energy coming partly from fuel, and partly from exhaust and front brake energy regeneration. Though new regulations restrict even more the fuel consumption per lap, they let the teams decide the best suited combination for them: the type of engine (gasoline or diesel), naturally aspirated or turbo, different displacements and the number of recovery energy systems. This 84th edition of Le Mans is going to be a very tough and restrictive race, and we look forward to watch it between 15 and 19 June.