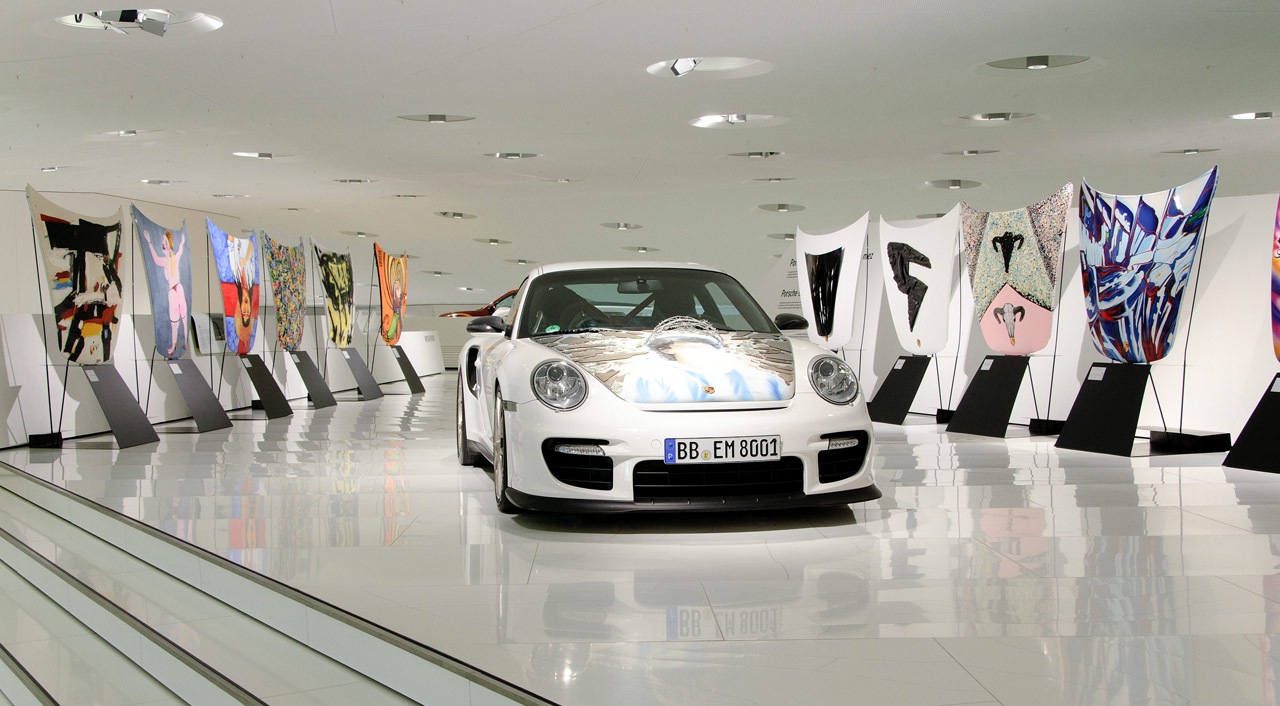 As a bit of a reply to Porsche’s somewhat cold and clinical feeling 911 GT2, the Germans have decided to give it a bit of extra soul.

The way they’ve handled the matter is by offering the bonnet of the Porsche 911 GT2 to several artists from South America and told them to go crazy with it.

The handler of the entire affair is an Argentinian called Jorge Gomez and he managed to produce 24 special bits of art from 19 different artists.

In order to properly showoff the almost artcars that the Porsche 911 GT2 can become a special exhibit is going to be held in Europe.

Apparently as you’d imagine everything is hosted by the Porsche Museum and they will apparently be moved around the old continent for a while. Currently they can be sen in Stuttgart and they will be there until January the 8th of 2012.

Even though I’m not cultured enough to recognize them, the most important artists to work on the Porsche 911 GT2 bonnets are called Rogelio Polesello, Pablo Atchugarry, and Jorge Ferreyra Basso.

The art is impressive but the centerfold o the affair is Jorge Gomez’ very own Porsche 911 GT2 which is “wearing” one of the artsy bonnets at the moment.

Underneath, the Porsche 911 GT2 is still powered by a 3.6 liter flat six engine which, courtesy of variable geometry twin turbochargers can push out as much as 530 horsepower and 500 lb-ft of torque.