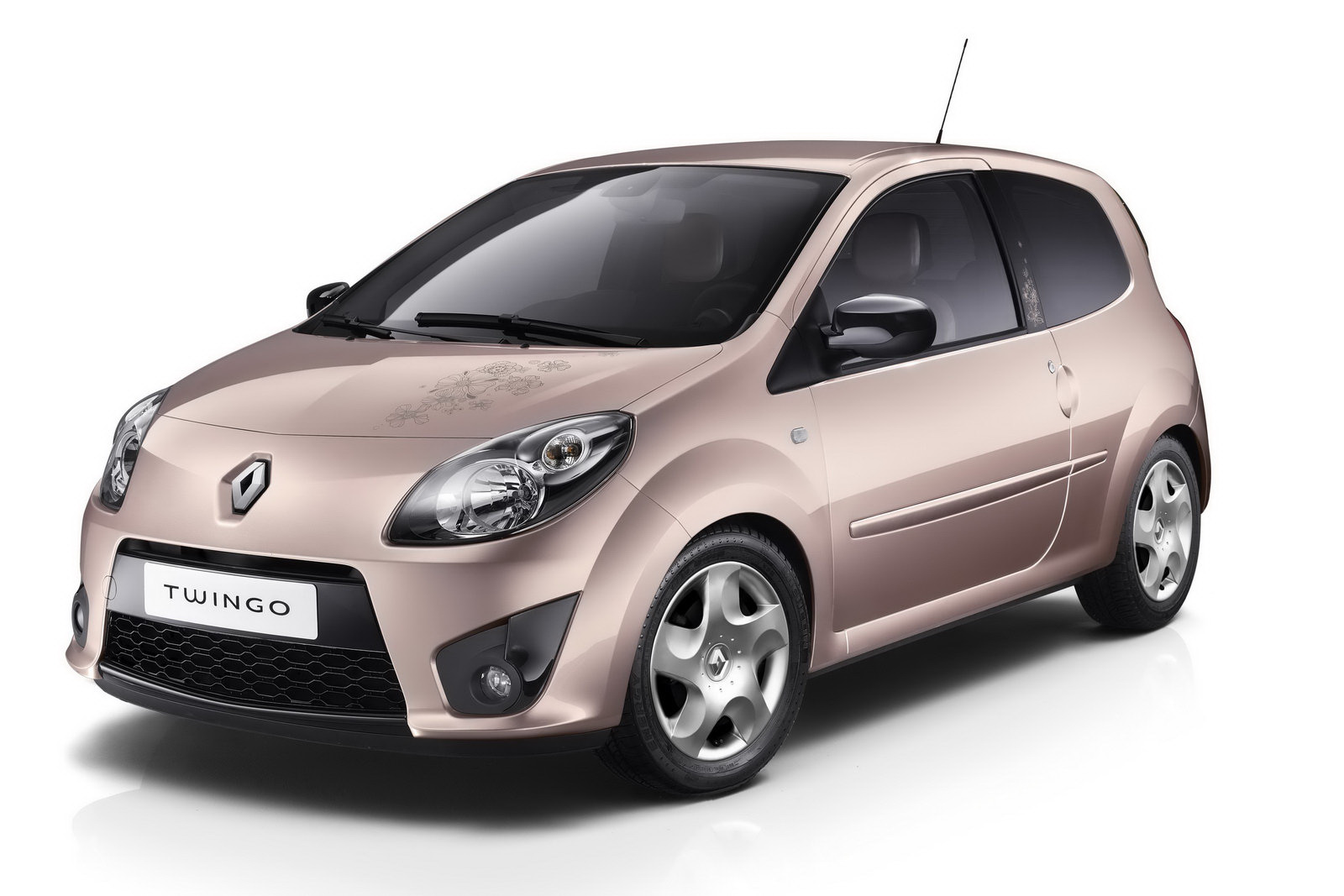 That would be a pretty simple way of summarizing the latest preview available in the run up to the Paris Motor Show.

Fashion has left it’s trademark on cars and it has spawned quite a few collaborations and concepts along the way, the most recent of which being the Citroen Lacoste Concept but Renault seem to be thinking things with a bit more of a feminist approach when picking the fashion house collaboration of choice.

Portrayed as the first “all-feminine” and “most glamorous” of all Twingo limited editions, the Twingo Miss Sixty is the result of collaboration between Renault and (can you guess what design house?) Miss Sixty, the international fashion label of Italy’s Sixty group.

Fortunately, or unfortunately, unlike the Citroen Lacoste Concept the Renault Twingo Miss Sixty Edition will be going on sale in Europe sometime in November 2010 after being officially unveiled at the Paris Motor Show.

I’m not certain that this is the way to go but the special edition is only available in two colors both of which are shades of pink, namely Bohemian Pink or Pearlescent black and the interior isn’t far from that as it is finished in pink and black which is destined to achieve a sort of glam-rock look. Besides these color choices for the exterior and interior Renault will improve your Twingo with a pink-rimmed tachometer and speedometer, a pink-stitched leather steering wheel and pearlescent black door mirror housings.

Added to the mix are some… girly… exterior decals which you can also find inside as stitching and a lipstick holder. If you want more, and i’m guessing some do… you’ll have to wait for the Paris Motor Show to open up.