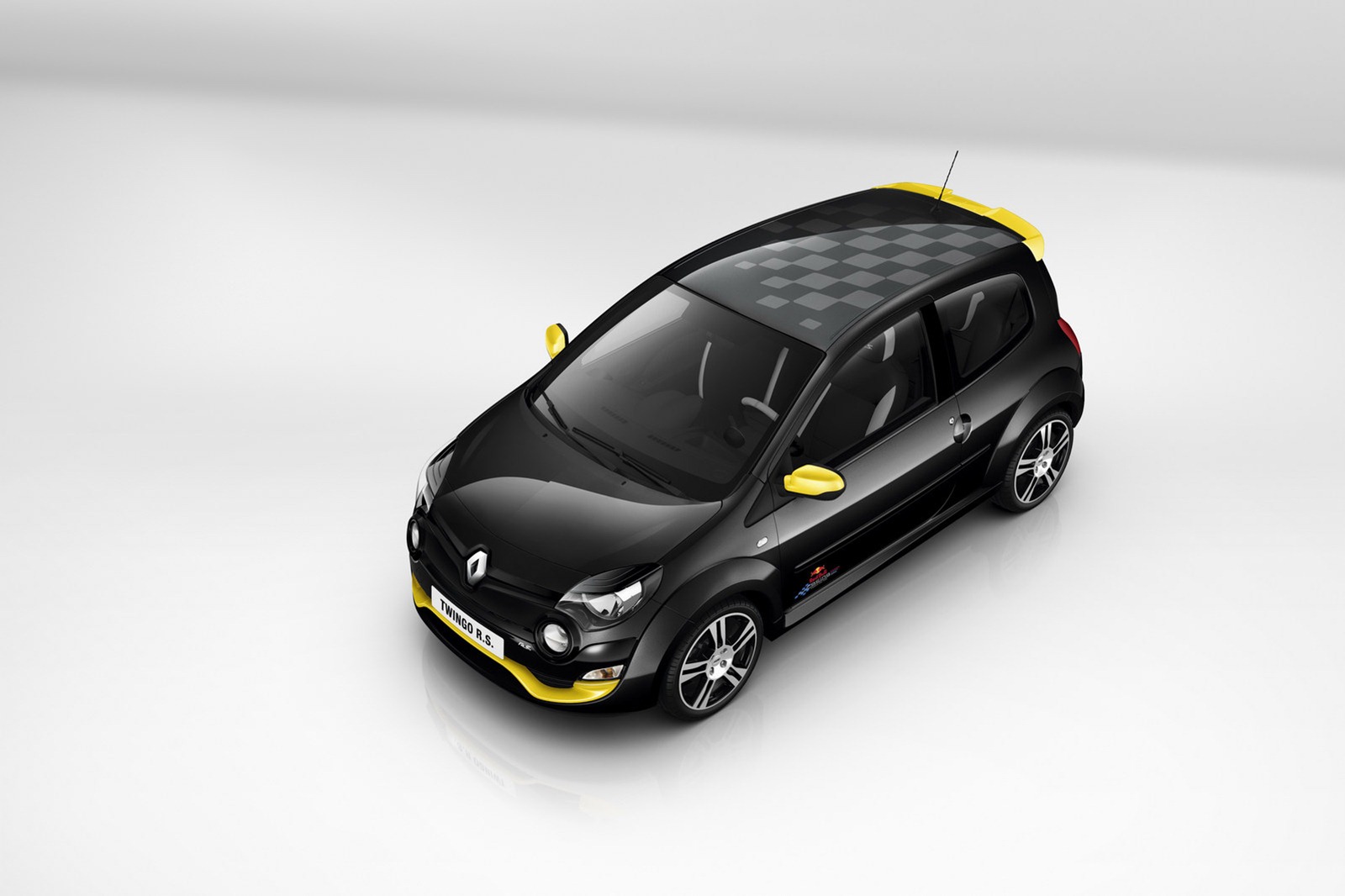 The French people from Renault released today photos and details on the Red Bull Racing RB7 variant of the current Twingo RS, a special edition designed to celebrate the world title for the 2011 Formula 1 Constructors.

Under the bonnet sits a 1.6-liter naturally-aspirated engine able to deliver 131 horsepower and 160Nm of torque.

The French company says that the model benefits now from a sports suspension able to lower the ground clearance along the Cup chassis which improves the ride.

For now, Renault released no pricing details on the new Twingo RS Red Bull Racing RB7 but the first orders will be honored later this year.