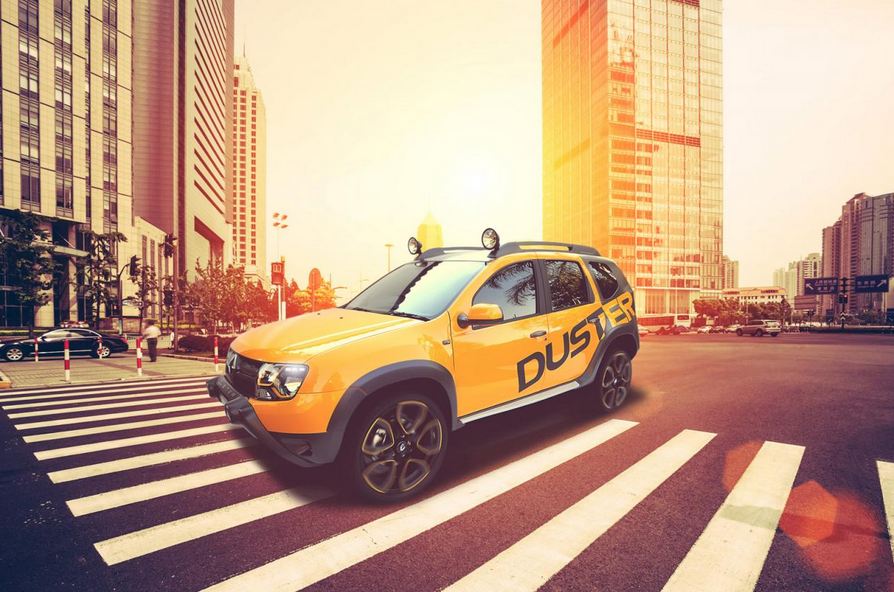 The French folks at Renault unveiled a new concept model based on the affordable Romanian SUV. The Renault Duster Detour concept benefits from a series of styling tweaks and is based on the facelifted Duster, unveiled at the Frankfurt Motor Show.

In conclusion, it comes with the revised optical blocks but also benefit from 18-inch alloy wheels with special tires, a two-color exterior finish with pearl yellow and matte grey and tinted windows.

The roof receives a black finish while a revised front grille and wider wheel arches are available as well.

“Renault Duster Détour is the fruit of an intense collaborative work between Renault Design Central Europe and a specialised South African design studio based in Johannesburg,” says the carmaker.

Other styling tweaks seen on this concept are the ELD taillights, a dual-pipe exhaust system and the special graphics. It remains to be seen if Renault will offer a special edition of the SUV based on this concept.