Renntech turned out the fastest Mercedes SLR ever 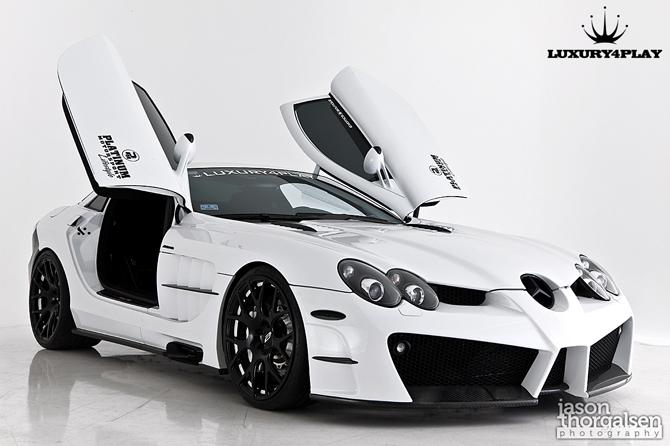 At one point in time, the McLaren Mercedes was a very, very fast machine but since it went out of production several years ago, it has been trailing for a while.

Now however, thanks to a joint effort from several companies that focus themselves on speed, the “McMerc” is once again leading the pack.

The ensemble is lead by German tuner Renntech and together Platinum Motorsport, Macarbon, Exotics Boutique they’ve managed to improve just about every aspect of the SLR.

The aerodynamics of the body were recalculated, everything was smoothed out but what is particularly more important is that it looks even better.

The original five speed automatic transmission wasn’t replaced but just about all of the components have been beefed up, as has the rest of the drivetrain.

And, sitting at the core of the Renntech Mercedes McLaren SLR sits the enormous supercharged V8 engine. The difference all the tuning it receives, particularly the supercharger means that there’s now a total of 781 horsepower to play with.

Put all of these together, and the Renntech Mercedes McLaren SLR can run the quarter mile in as little as 10.29 seconds while hitting a speed of 134 mph.

That’s very nearly the same sort of pace the Bugatti Veyron can manage and thus the Renntech Mercedes McLaren SLR is faster than just about anything on the road.