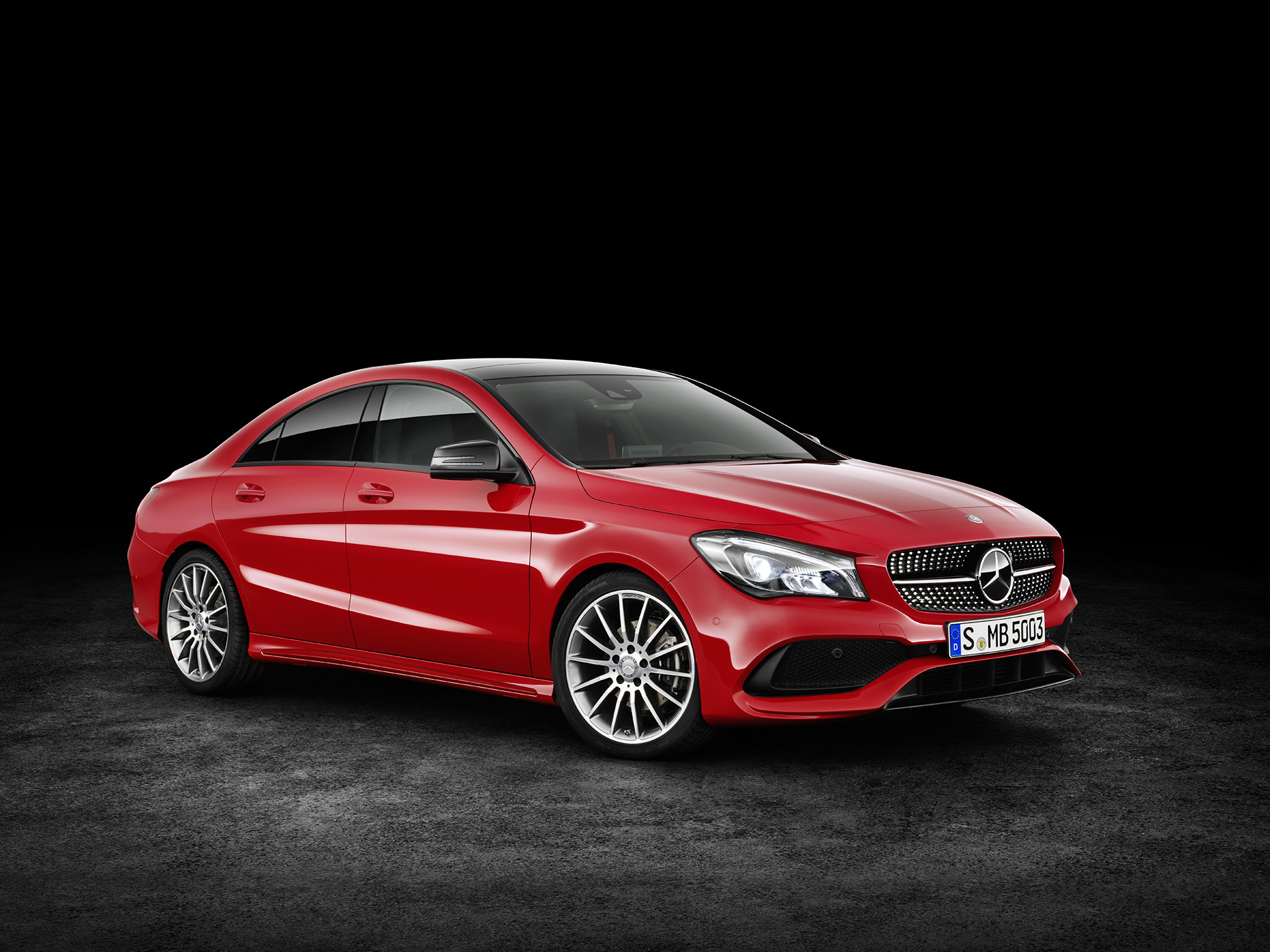 You can say anything about the Mercedes CLA’s looks, but not that it’s usual. Now, the designers enhanced its personality even more, thanks to a facelift which will be shown at New York International Auto Show.

Regarding the body, the facelifted version will show off its newly designed front bumper and the diamond front grille, painted in black at standard models. In the rear, its optionally available new bumper incorporates a chromed or black strip between the pipelines, included in the Night package. More, all the tailpipe’s panel is integrated into the bumper, for a more stylish appearance. Other visual options include a new blue metallic body paint shade and a new line of design for the wheels.
The cabin has been revised too, showing new upholstery and using extendedly the chrome on the dashboard and doors controls. The interior color scheme has been changed, with a new sahara beige/black seat covers, while the 8-inch multimedia display is slimmer than the older one. Speaking of multimedia, the enhanced Smartphone integration system works flawlessly with Android and iPhone, allowing the voice operation.

However, the improvements go beyond the design. For instance, the new LED headlamps require 60 percent less energy compared to xenon, while offering a more pleasant light. Because all the lights in the new CLA use LED technology, forget about changing a bulb over the car’s service life. The tail lights include automatic intensity control with three programs: day, night and night stationary. More, the new gesture-controlled boot lid (or tailgate, for the Shooting Brake) allows loading without touching the car.

Nothing new under the hood. Like before, if you’re obsessed with fuel consumption, you’ll find in the CLA a great companion. The 1.5 liter diesel engine needs only 3.5 l/100km, according to NEDC, which translates into exceptionally low CO2 emissions, of 89 g/km. But think if it worth buying it, as it’s only 0.7 l/100km more fuel conscious than the 2.0 diesel engine, which offers 177 hp and 350 Nm of torque. The gasoline powertrain line starts with the efficient 1.6l turbocharged engine and peaks with the mighty 381 hp AMG version.