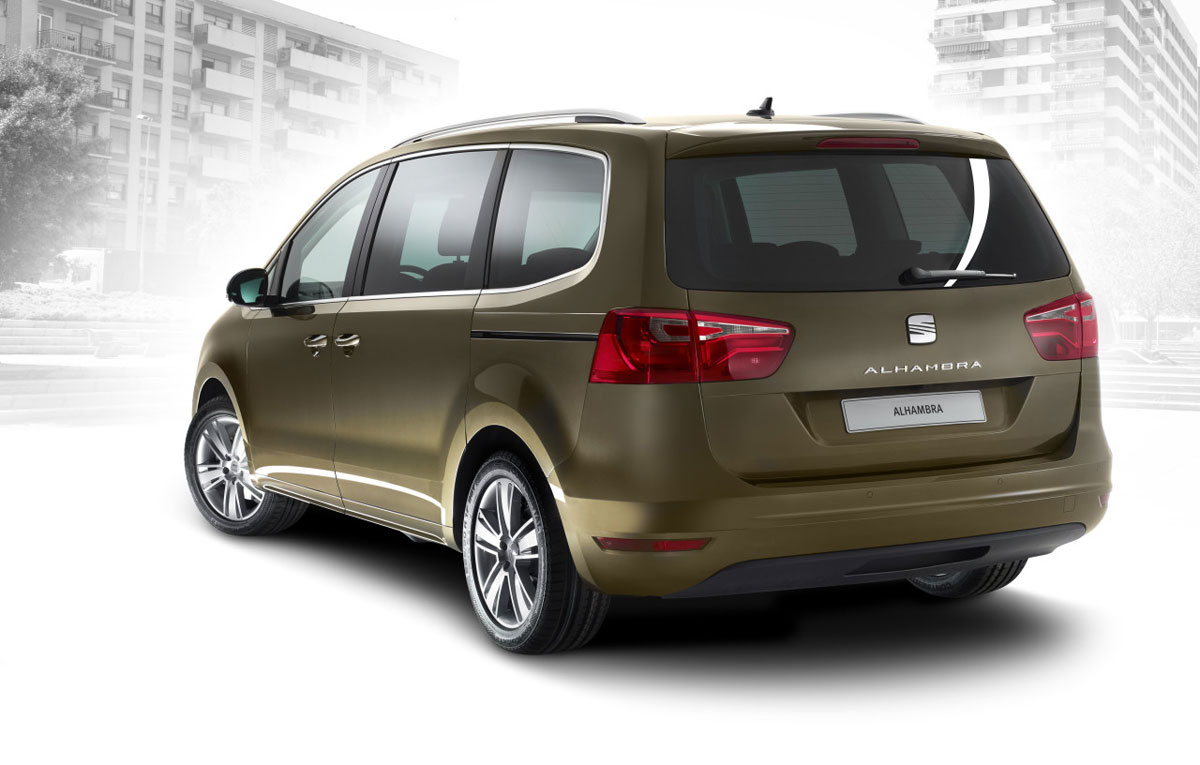 Seat revealed the first pictures and informations of the new generation Alhambra. Seat Alhambra comes with a large space for passengers but also for the baggage, having a big trunk and borrows the VW Sharan platform. The model will debut this summer and offers between 140 and 200 hp. A nice feature of Seat Alhambra is the doors, specially the rear ones, who are using sliding system.

The new range of TDI and TSI engines provide enough power for the monocap, 140 hp and 200 hp. The new Seat Alhambra offers two TSI engines and two TDI engines, both available with a seven-speed DSG transmission and double clutch.

Compared with the previous generation of this model, the new Alhambra is 22 cm long, with a total length of 4850 mm. With the new dimension, the trunk volume is between 885 liters and 2297 liters, depending on the number of seats used. Easy-Fold system that is equipped these seats provide a perfectly flat floor when the third and the second row of seats are folded.