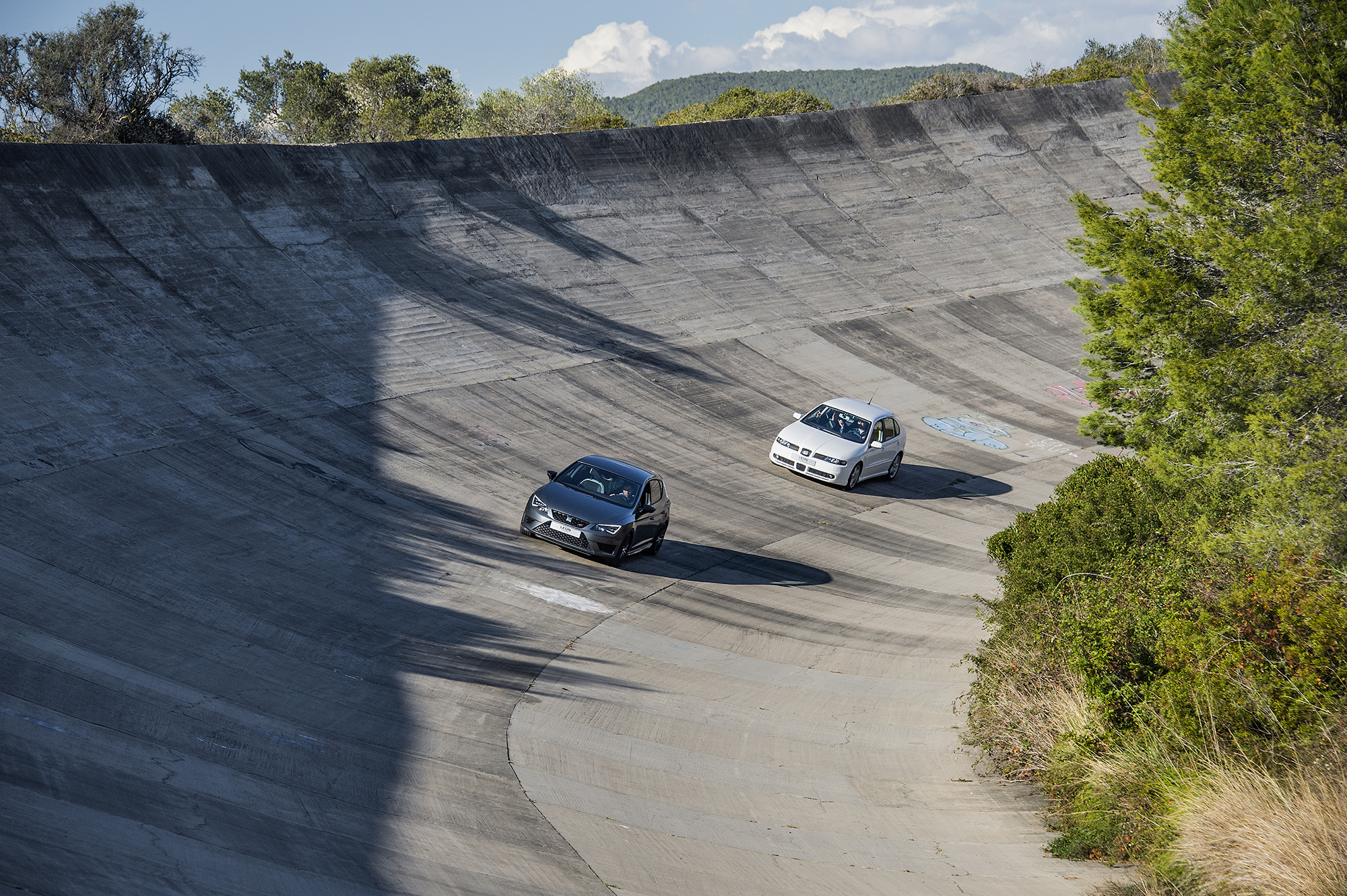 It’s so well-known, that it almost became a brand itself. Very often, their owners can be heard saying “I have a Cupra”, instead of the car’s brand of model. This is because it have won an almost unbeatable reputation: it offers the perfect balance between performance and daily use convenience. Today, the Cupra celebrates 20 years of life.

The latest model launched is the exceptionally-fast Leon Cupra 290, which features four driving programs, selectable by simply pushing a button. Depending on the driver’s needs, the chassis and engine characteristics can be changed between Individual, Comfort, Sport and the track-oriented Cupra. Twenty years ago, when the first generation has been launched, this option could only be possible during a virtual race in the video games. Since then, the technology evolved in such a manner that, combined with the Latin well-known passion, made possible these achievements.

Going back twenty years ago, we find the first Ibiza Kit Car, which started its glorious life by winning the 2-litre category of WRC. That convinced the Spanish engineers to launch the new sport line on the market. The initial model, which intended to be an homage to the champion, turned out to be reiterated for fifteen times over the last two decades, thanks to its great success. During its life, it held the title of the fastest FWD production car on the Nurburgring circuit, a Leon achieving a glorious 7:58:44 in October 2014. More, one year later, it broke its own record, as a proof of the continuous evolution in all the aspects. Let’s see what the next decade’s achievements will be! One thing is sure: if the progress will be as fast as ever, it won’t be any performance delimitation between the hot-hatches and the supercars!