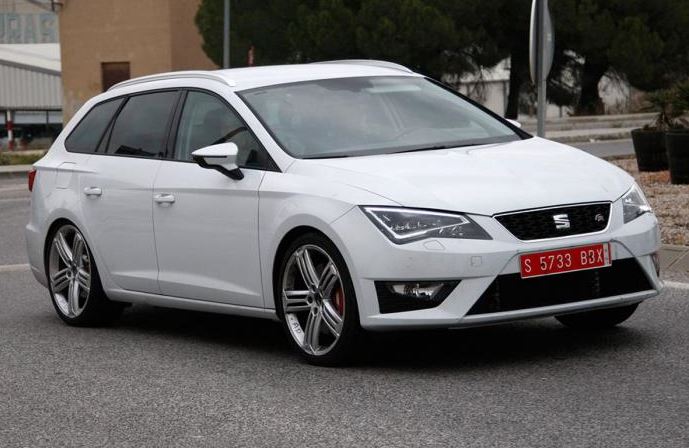 The updated Seat Leon ST Cupra was recently seen near the Nurburgring plant, in Germany, playing on public roads before the official launch tomorrow at the 2014 Paris Motor Show.

The upcoming Seat Leone ST Cupra will have a special launch since the Spanish based carmaker is soon celebrating 30 years of presence on the market, after selling an overall 5 million Ibiza models.

With the 204 Paris Motor Show starting tomorrow, the Leo ST Cupra will have its chance of joining the company`s other models.

Sadly for Seat lovers, this particular model will not represent the lineup`s top-ranging, as the crown will go to the much more powerful Seat Cupra R version, the first coming as well in the Cupra hatch and the ST.

Apart from that, the Seat Leon ST Cupra will compete against the Golf R, the S3 and the A45 AMG models, as it is believed to be equipped with a 300-horsepower unit under the hood.

We are talking about a 2.0-liter four-cylinder turbocharged engine and an all-wheel drive layout, ready to make its final debut in a couple of months.