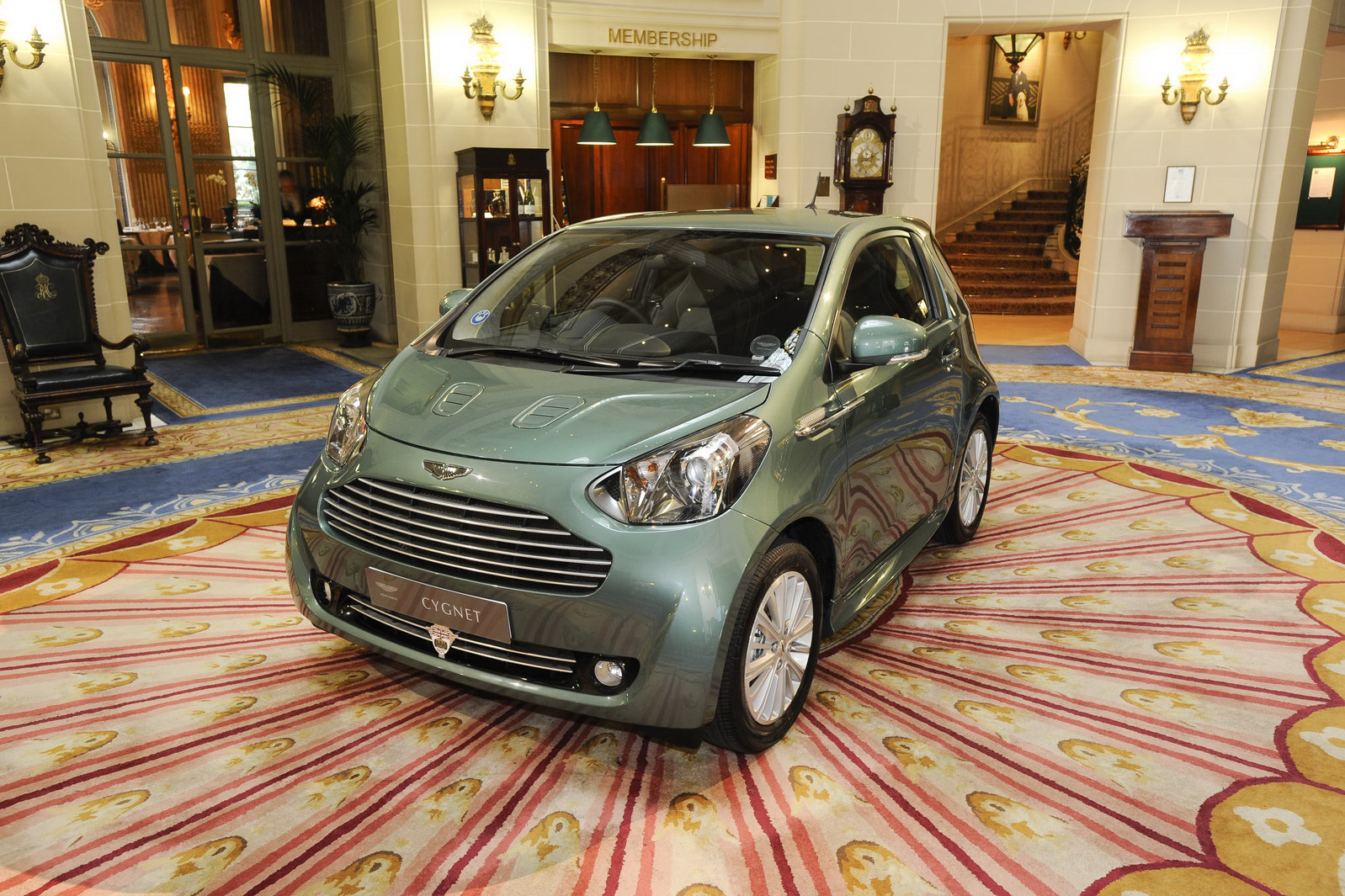 I didn’t think it would happen but the British at Aston Martin actually made a sale for their Cygnet model.

As if that wasn’t a surprise in itself, the Aston Martin Cygnet buyer is a celebrity, the best sort possible for the British petrolhead market.

The new buyer of the Aston Martin Cygnet is actually a Formula One World Champion, Britain’s very own Sir Stirling Moss.

The £20.000 (the equivalent of around 23.000 dollars) city car isn’t going to be wasting time around the lower side of a garage much like the vast majority of Aston Martin products.

That new Aston Martin Cygnet, the one we see here painted in British Racing Green (wouldn’t be fitting in any other color would it?) will be driven around by Moss’ wife.

I believe misogynistic is the term. The man has a special edition Mercedes SLR McLaren made in his name, is a big fan of proper Aston Martins and has a V12 powered one on his drive.

Despite all of these conditions, his wife will be driving a small two door hatchback to the shops that is based on a Toyota and only has a 1.3 liter four cylinder powerplant.

Perhaps I’m looking at this wrongly. After all, it’s still a beautifully trimmed Aston Martin interior and not a crummy Toyota such as the IQ.

Whichever way the big man’s feelings towards women go, we can certainly claim that the man loves his wife. Not only does he claim so in his own words but the bow is part of a gift wrap.

The Aston Martin Cygnet is going to be Miss Moss’ birthday present. It was presented to her at a private dinner which was held at the Royal Automobile Club clubhouse.

Upon handing over the gift, the OBE told the press that the Aston Martin Cygnet is a great piece of British luxury that’s just perfect for his family’s life in and around town.

This is in the palace on Pall Mall in London and it’s quite the stunning place for a celebration as we can see from the press release photos.