Skoda Kodiak Reported to Come with Upgraded Performance, All-Squeezed from a Twin-Turbo 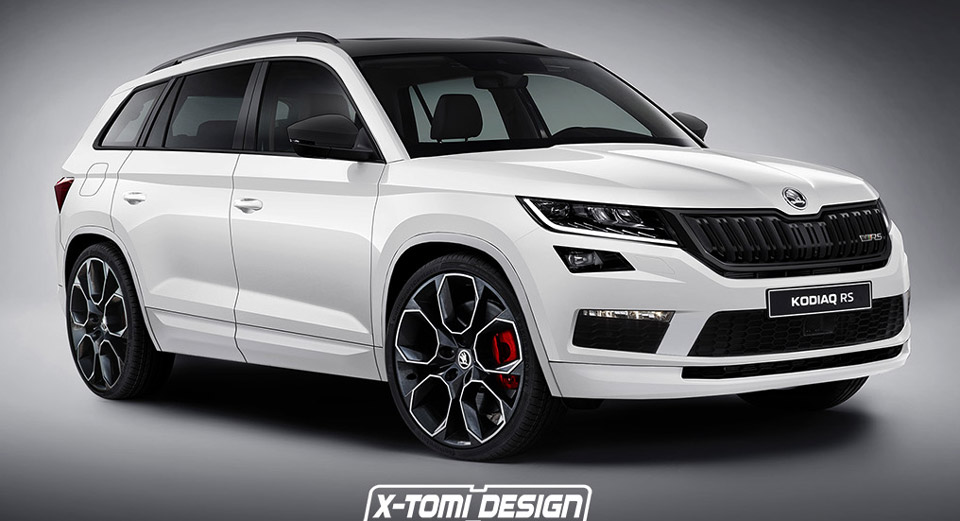 Just a couple of days have past after the official unveiling of the all-new Skoda Kodiak seven-seat SUV at an event in Berlin, and the model has been already rendered with different body styling.

Now, a new rendering has popped-up on the web, signed by the same X-Tomi Design, revealing a so called Kodia RS version, meaning a much more potent of the present model.

The rendering comes after AutoExpress interviewed Christian Struber, Board Member for Research and Development at Skoda, of the possibility of releasing a more powerful version, based on some recent reports.

This is what Struber said:

“I have been driving such a car only last week, and it was fantastic. From an engineering perspective, of course we want to give the Kodiaq even more performance, and we’ve been working on this. Now we must wait for the business case”. And the powertrain in question was a diesel.

In case it will be launched, the hardcore Skoda Kodiaq version is also reported to come with a twin-turbo-diesel flat-four engine, the same one found on the Volkswagen Passat, developing a good 240 horsepower, which is way too more potent than the current 2.0-liter TDI with 190 horsepower.

Besides the hardcore version, the carmaker is also planning the introduction of other models within the lineup, like a Sportline or a Scout version.

We are still faraway from seeing a hardcore Skoka Kodiaq but chances are that this might happen in the next period, meanwhile, take a look at the rendering and tell us if you like the looks of the RS envisioned version here!