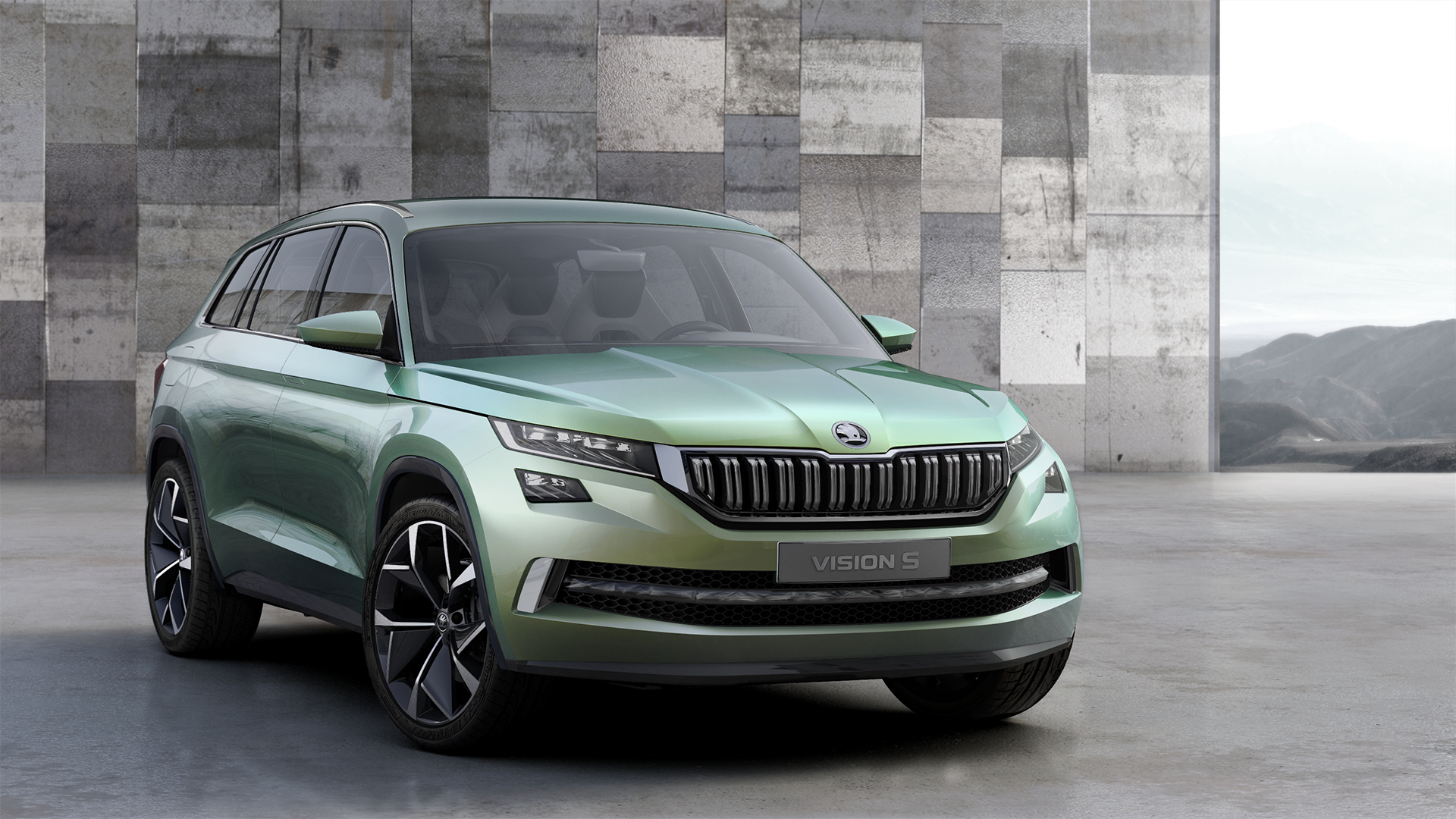 So, it’s finally here. And, for our happiness, it remained unchanged. The VisionS is a beginning: it shows how the following Skoda cars will look like.

The concept’s design is influenced by the cubism and the crystal, to create precise lines and a joyful play between shadow and light on the carefully chosen Island-Green body color. Measuring 4.70 m length, 1.91 m wide and 1.68 m tall, it is longer than the Tiguan, to make room for the third seat row.

But probably the most important feature of the concept is its plug-in hybrid powertrain. Developing a total 225 hp, it makes the SUV accelerate from 0 to 100 km/h in 7.4 sec, nearly reaching 200 km/h flat out. This performance is more interesting if we look at the average fuel consumption: 1.9 l/100 km. This means only 45 g/km CO2, which is possible by having an electric range of 50 km. The combined travel distance raises up to 1000 km. The hybrid system is a combination between a 1.4 TSI engine, developing 115 kW an electric motor, capable of 40 kW, which is placed within the DSG transmission. Both of them power the front wheels, sending a total 470Nm (at its peak) to the ground.

However, a second (up to) 85 kW and 270Nm e-motor powers the rear axle, making the VisionS an intelligent AWD, without a mechanical link between the two axles. The 12.4 kWh battery is placed in front of the rear axle. Onboard, there are large displays, allowing the passengers to connect to the network and share information via the infotainment system. Prepare for the VisionS at 2016 Geneva Motor Show, early next month!