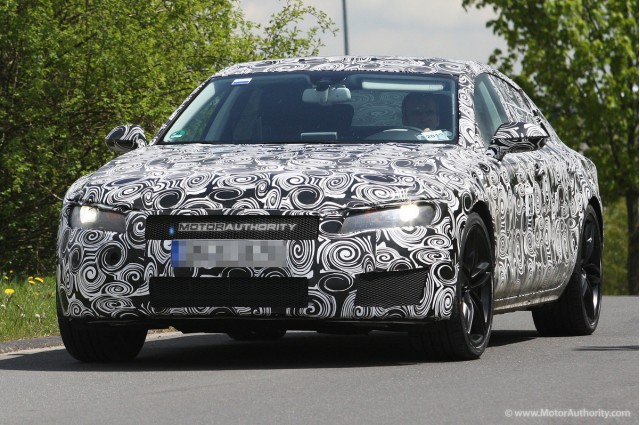 The future Audi S7 is already in testing, although the Ingolstadt manufacturer has not launched yet the version that this model is based. There is a possibility that A7 and S7 to begin simultaneously on the market over the next year.

Audi engineers are testing the future S7, the sports version of the new A7. German model is expected to begin somewhere in August at the Moscow Motor Show. Audi S7 differs from A7 by the more aggressive bumpers, larger air vents, bigger alloy wheels and an exhaust system with four pipes. Besides these changes that can be seen with the naked eye, Audi engineers set S7 model with different suspension settings and equipped it with a more powerful engine.

For now, the power developed by Audi S7 remains under a shadow of mystery, several versions being announced by some voices. Thus, some rumors are announcing that the model will be equipped with a supercharged V6 engine that develops about 500 horsepower or a V8 4.2-liter that will deliver the same power level. It is possible for Audi to develop an RS version of the A7, which will start somewhere in 2011.